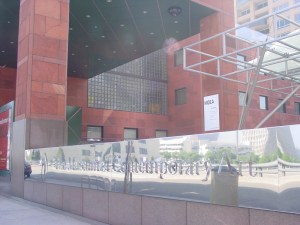 More on the legal battle between a woman who found a Renoir for sale at a flea market for $7 and the Baltimore Museum of Art, which says it owns the work and that it was stolen in 1951. [Los Angeles Times]

Jerry Saltz will be on Girls this season. [@JerrySaltz/Twitter]

“There was a time within living memory when a survey of Klee’s painting like the one at Tate Modern – 17 rooms, 130 works – would have been the event of the season (it’s on until 9 March).” [The London Review of Books]

Here we go: “Be honest. If thinking ‘I could have done that’ while walking around a contemporary art exhibition is the mark of a philistine, aren’t you a philistine, too? I know I am.” [The Independent]

American archaeologists uncover the tomb of a 13th Dynasty pharaoh. [The Art Newspaper]