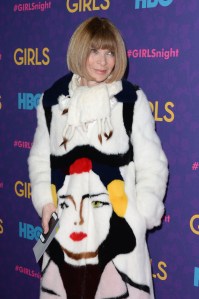 The Met’s Costume Institute is renamed for Anna Wintour, who has helped raised $125 million for it. [NYT]

Sotheby’s denies claims that an ancient Chinese calligraphy scroll it sold at auction is a reproduction. [NYT]

Attendance has never been higher in the British Museum’s 255-year history. [The Guardian]

“A 2,000-year-old Indian sculpture from the Ashoka period has been reportedly extensively damaged at the National Museum of Kolkata during renovation work” [The Art Newspaper]

“Darsie Alexander, the chief curator of the Walker Art Center, will be stepping down from her post after a five-year tenure at the Walker” [Star-Tribune via Artforum]

Rizzoli “bookstore may have to flee the wrecking ball, again.” [NYT]

“Herb Alpert, the musician, composer and record industry executive, is bringing his other passion — art ­­— back to New York City. His giant totem sculptures are coming to New York’s Dante Park later this month, and Mr. Alpert will also have an exhibit of smaller bronze totems at ACA Galleries in Chelsea, beginning Jan. 16.” [NYT]