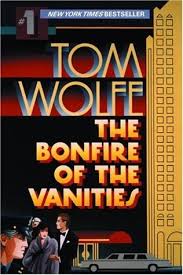 Jasper Johns testified in federal court yesterday, in a case that involves the alleged unauthorized reproduction of one of his sculptures. [NYT]

“A brand new way of selling art was introduced in Paris last month by the suitably titled ‘Espace Improbable.’ Launched with much fanfare over the New Year holiday the gallery’s novel scheme guaranteed to write you a cheque [sic] for €100 should you buy any painting by the artist Bertrand Bellon.” They cost more than that, though. That’s how they get ya! [The Art Newspaper]

Here’s a profile of Martin Creed: “I would not disagree with me not being an artist, because I don’t know what art is,” Mr. Creed said. “I’m just making a painting or a sculpture or whatever it may be. I’m not making art, because art would seem to me to be in the eye of the beholder.” [NYT]