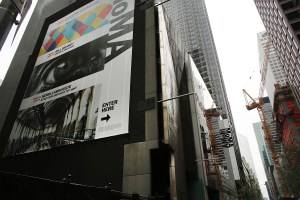 Paul Goldberger condemns the decision to raze the building: “The idea that a building of this quality would be torn down, and that the agent of its destruction would be another cultural institution, is not easy to fathom.” [Vanity Fair]

On David Hockney’s show at the de Young Museum: “His fascination with new digital technology is impressive for a man of 76. But he is not a great painter.” [WSJ]