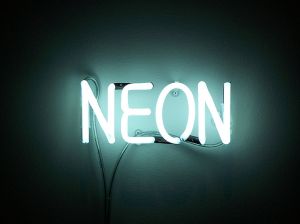 The annual treatise on the broken state of the art world, courtesy Holland Cotter. [NYT]

The search is on for the online shopper who unknowingly bought an Impressionist painting worth £250,000 for £3,000 on eBay. [Telegraph]

In case you missed it, here’s Georgina Adam on the feud over the Giacometti estate [FT]

An “influx of rich foreign residents” threatens to change the character of art-gallery-heavy Mayfair and St James neighborhoods in London. “I am an angry old man,” said veteran gallerist Leslie Waddington of Waddington Custot, who will be 80 next month. “Cork Street has been built up over the years and relies on a mix of different galleries. We are the victims of a kind of commercial fascism, where those making decisions based on profit feel they are unaccountable.” [The Guardian]

Chryssa, one of the first artists to work with neon, has died. [NYT]

“After the Museum of Modern Art faced a storm of criticism for confirming expansion plans involving demolishing the former home of the American Folk Art Museum, Page Six has learned that the board of trustees has called an emergency meeting this week, with plans to install someone new… a MoMA rep said, “The information you heard is incorrect.'” [Page Six]