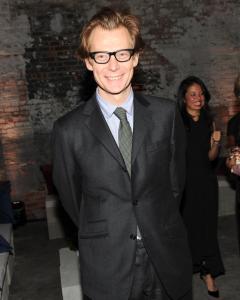 As had been rumored, Philippe Vergne, the director of the Dia Art Foundation and a former curator at the Walker (and co-curator of the 2006 Whitney Biennial), has been named director of MOCA L.A. [NYT]

Because of competition from each other to offer sweet deals to collectors, auction houses often make only the slimmest margins on top lots. The environment reminds some experts of the mayhem that led to trouble in 2008. [NYT]

In order to get 13 more inches of space in one corridor, a public artwork by Harry Roseman is being removed from JFK’s Terminal 4. [NYT]

“The V&A is to publish the complete list of Hitler’s confiscated ‘degenerate art’ online for the first time.” [The Independent]

“The Austrian press went into overdrive last month after reports emerged that a portfolio purportedly by the artist Egon Schiele was discovered in an attic in Mistelbach, 40km northeast of Vienna. But, according to the New York-based Schiele expert Jane Kallir, who was asked to authenticate the portfolio, this story is ‘totally
inaccurate’.” [The Art Newspaper]