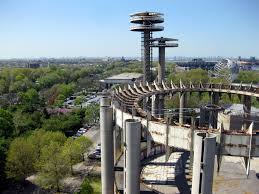 Acquavella is doing a Basquiat drawing show. Says Carol Vogel, “As is often the case these days with exhibitions at blue chip galleries, nothing at the Acquavella show will be for sale.” [NYT]

What are the city’s cultural institutions doing to lure Super Bowl tourists? See all the small, sad efforts here. [WSJ]

Are many of the world’s top Van Gogh’s fake? [Art Market Monitor]

Courtney Finn, a curator at Art in General, has been tapped as curator at the Aspen Art Museum. [Artforum]

Preservationists are calling for repairs on the New York State Pavilion, site of the World’s Fair. [Daily News]