A liberal writer watched Fox News every day for a month and wrote about it. (Salon)

Nate Silver has hired 15 journalists for his newly ESPN-backed FiveThrityEight blog and is looking to hire more. Mr. Silver also made an appearance on Stephen Colbert last night. (FiveThirtyEight.com) 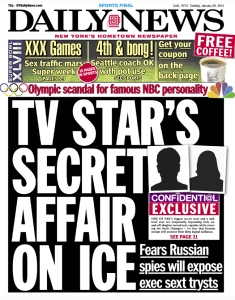