NEWARK – A lengthy line of Newark mayoral and council candidates filed into the City Clerk’s office to collect ballot petitions on Tuesday, either running by themselves or running on a mayoral slate.

PolitickerNJ.com reported earlier on Tuesday on the nearly complete slate of South Ward councilman and mayoral candidate Ras Baraka. Discussions with a range of candidates revealed the gradual coalescence of the other mayoral tickets.

The Ramos campaign is also in discussions with Tave Padilla and Central Ward Democratic Chairman Bishop Andre Speight about joining their slate.

“We’re excited about the prospect of Andre being a candidate in the Central Ward,” said Ramos campaign manager Carlos Valentin. “Right now, we enjoy his support as a Democratic chair. He’s picking up petitions today, and if he gets certified, we welcome him on board as a member of the ticket.”

“The state of our campaign is strong, and we’re the best-organized campaign to date,” Ramos said. “We are looking to have some announcements over the next few weeks about candidates that are joining our team officially.”

“We’ve been talking to a lot of additional candidates,” Jeffries said. “We’re excited by this process, and we believe that the people of Newark are excited to move towards a different type of future. Nothing intimidates me.”

Central Ward councilman and mayoral candidate Darrin Sharif, who was second in line to pick up his petitions on Tuesday, said he is also working to fill out his slate in the weeks ahead.

“This is a real candidacy,” Sharif said. “We’re moving forward.” 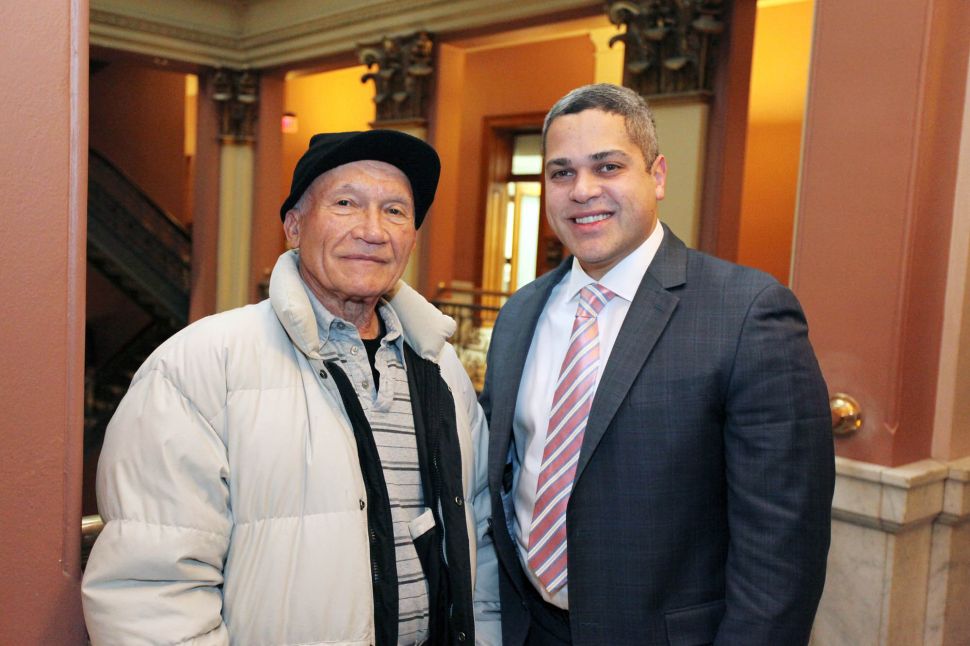