They need to show us how cold it is because they know we didn’t pay attention to the weather report.

For the first time, Fox Sports will allow viewers to eat wings and drink cold beer while watching infrared updates on the even colder Seahawks and Broncos players’ body temperatures.

While more than 80 cameras will show the game that we’re actually interested in, one FLIR infrared camera will allow football fans to see how warm or cold the players are based on how red or blue they look. Is he giving us the thermal finger?

So stop anticipating the commercials and the game itself because tracking the player’s body temperature will be the sight to see at Super Bowl XLVIII. Except not really.

Fox Sports doesn’t even know what they’re going to do with this information.

“I don’t know what story that tells, but it might make for some pretty cool pictures,” Eric Shanks, Fox Sports chief operating officer and executive producer, told the Television Critics Association.

The manufacturers of the product, however, have found numerous uses for the technology in sports. “Thermal imaging is used in many blood flow applications where you can see how warm extremities are. We can see how a player’s circulation is working or how a player is recovering from an injury,” Allen Frechette, Vice President of Marketing at FLIR, told The Observer.

At the 2011, World Series, thermal imaging was used to show if a foul ball hit a batter’s foot.

Fox Sports, who has no useful plans for the heat tracking technology, will keep it limited to the Super Bowl for now, but may make the cameras part of the regular season in the future.

Not sure if this is a game plan they should run with. 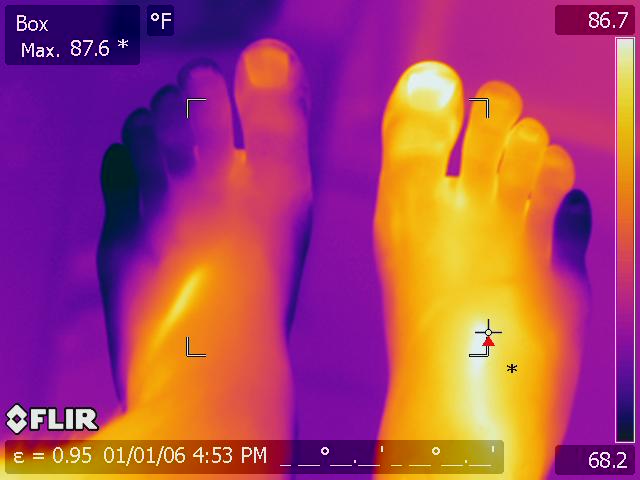