Don’t waste your energy fretting over the Snapchat leak, because the National Security Agency is trying to develop a groundbreaking new computer that probably already knows you’re making sparrow face in the mirror right now.

A January 2 Washington Post report announced the NSA is working to build a never-before-seen “cryptologically useful quantum computer” that would be capable of breaking through all current forms of public key encryption. News of the project apparently comes from documents provided by NSA whistleblower Edward Snowden.

The project is reportedly part of a  $79.7 million research program called “Penetrating Hard Targets,” which is consequently the working title of the screenplay I’m writing about a forbidden romance between Mr. Snowden and a frisky NSA employee.

If you’re not familiar with encryption (because who cares about privacy anyway?!), it’s a process of encoding information in such a way that it can only be de-coded and accessed by a specific, designated recipient. It’s the way, for example, that Mr. Snowden originally leaked top-secret NSA documents to Glenn Greenwald and Laura Poitras last year. It’s also the way that a bunch of really important organizations all around the world—like banks, hospitals, and government bodies—protect their information, meaning that yes, the NSA’s new computer will know about that weird rash you had in early 2006.

Quantum computers are still a largely undeveloped technology, and the NSA is reportedly racing against various European labs to construct what would be the first crazy code-breaking computer of its kind.

Still, experts say that the process could take years to complete, so don’t start panicking—quite yet. 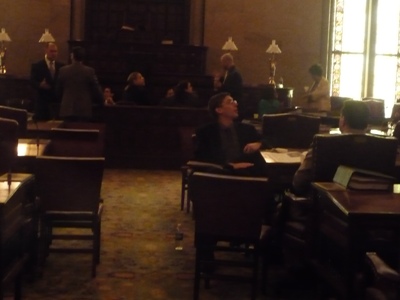