The attack on journalist Randy Gener is currently under investigation.

Family and friends of Filipino-American journalist Randy Gener gathered on the corner of 7th Avenue and 54th Street last night where the 46-year-old was found unconscious after a violent attack on the morning of January 17, according to ABC.

Mr. Gener, a renowned reporter published by NPR, The New York Times, Village Voice, New York Daily News and New York Magazine was found just one block away from his apartment. Known as an openly gay journalist and Filipino leader, Mr. Gener is currently recovering in the Intensive Care Unit at St. Luke’s Roosevelt-Hospital Center following brain surgery. He is scheduled to have another surgery to place a plate in his head. Police are looking for this man in connection to the crime.

Following the vigil, police released a sketch of Mr. Gener’s alleged assailant this morning. They describe him as a Hispanic male, 20’s, approximately 6’0″ tall and weighing 160lbs, with short black hair. He was last seen wearing black jeans and a black jacket. Police have referred to the incident as a “bias crime,” rather than a hate crime, because nothing was stolen from Mr. Gener.

Mr. Gener’s family has reported that he is speaking but has no memory of them or the attack. “He can’t answer the questions of what happened that night,”  Mr. Gener’s sister Jessica Blair Driessler told ABC. “He doesn’t really exactly know who we are. I just want somebody to help us. Tell us what you saw.”

Mr. Gener is expected to be in recovery for up to a year. “It’s a violent assault and whoever did it must be brought to justice,” Aaron Mack Schloff told CBS.

A second vigil will be held tonight at 7 p.m. at the Philippine Center on Fifth Avenue near 45th Street. Friends and family plan to distribute flyers with Mr. Gener’s picture to encourage possible witnesses to come forward with information. They will also be collecting donations for his medical expenses. 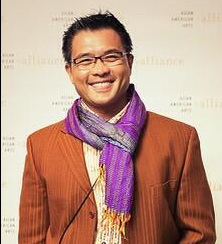