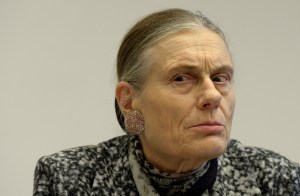 Two researchers have been hired to sort through the cache of 1,400 works of art recently discovered in a Munich apartment and thought to have been looted by the Nazis, The New York Times reports.

The researchers, Sophie Lillie and Agnes Peresztegi, were recommended by the Conference on Jewish Material Claims Against Germany and will serve on a panel led by Dr. Ingeborg Berggreen-Merkel, Germany’s former deputy state minister for culture, who welcomed the nominations.