Ah, the New Year. Time to reflect on where you’ve been, who you are, and where you want to go. To take stock of your life.

I did this by taking over a haunted mansion in New Orleans, lighting every firework I could find, drinking liquor, smoking cigarettes, tripping on mushrooms, saying swears, throwing up on my own shoes, and generally re-living high school as a teenage bad girl rather than the lame goody two-shoes I actually was. #YOLO, bitches!

But even if your New Year’s resolution was not “be more terrible,” you might be wondering: How can I ever hope to stride boldly into the utopian robo-future without being weighed down by the baggage of the past? In the immortal words of Linda Perry, “What’s up?”

For inspiration, look no further than Laura Jane Grace, frontwoman of punk band Against Me!, whose public journey from male to female has taken self-actualization to a whole new level. While you were hemming and hawing about whether to take that pottery class, the artist formerly known as Tom Gable was taking female hormones, buying her first bra, and writing and performing songs about it the whole time. Her wife, Heather, has been supportive. I mean, how badass is that?

Laura Jane Grace’s navigation of a lifetime of gender dysphoria and her new identity as an out and proud trans woman is a major theme on the band’s forthcoming album, Transgender Dysphoria Blues, as evidenced by lyrics like “No more troubled sleep, there’s a brave new world that’s raging inside of me.” But lest you think Laura is any softer than Tom, the band’s flippant sense of humor, adorable sincerity, and loud, catchy riffs are all still present on tracks like “FUCKMYLIFE666” (above) and “Black Me Out.” It’s still Against Me! all right, maybe even more so.

In interviews, Laura has described herself as going through a second puberty, and while aspects of that are probably not easy, it dovetails nicely with her niche of anarchist-leaning folk-punk, the eternal domain of starry-eyed youth. And it’s quite a bit more listenable than most mainstream-ish rock these days. So put on your shortest skirt, turn up the stereo, and feel glad that the emo kids of today have a strong female role model telling them to rock out and be themselves. Maybe they’ll be less susceptible to peer pressure.

Against Me! plays the Music Hall of Williamsburg tonight, Thursday, January 9. 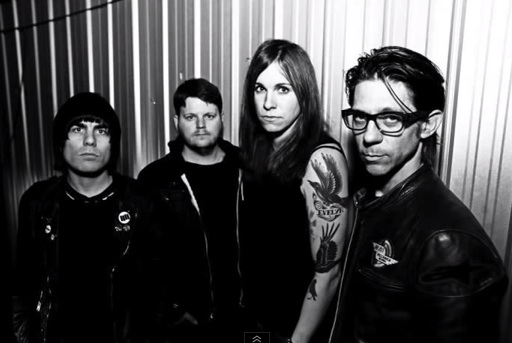