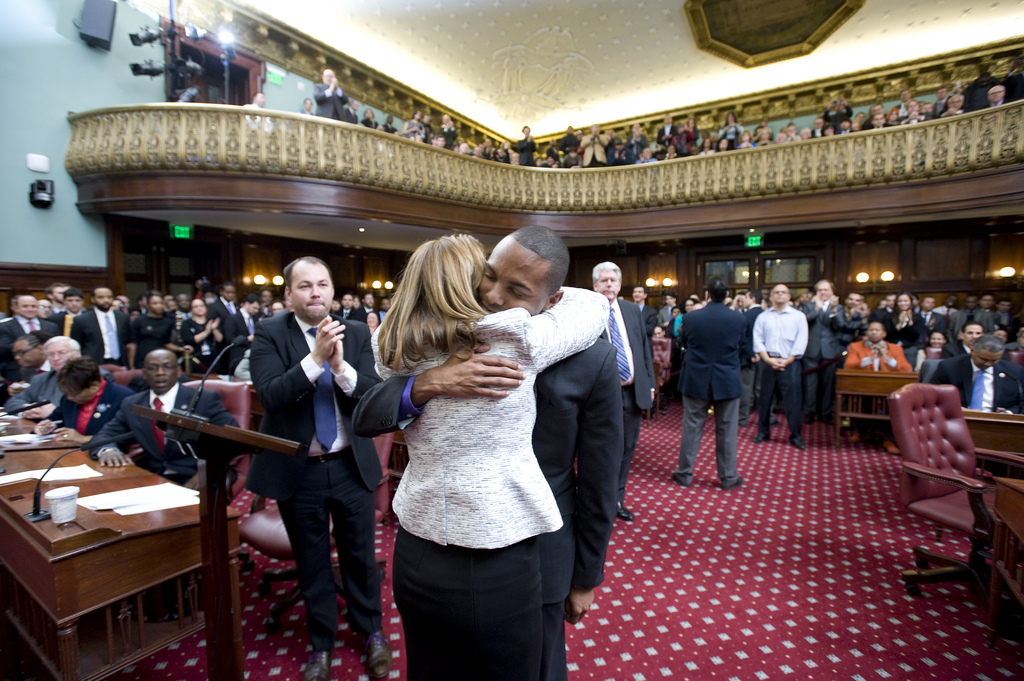 Many more colleagues got in on the hug action that day, including Councilman Ritchie Torres. 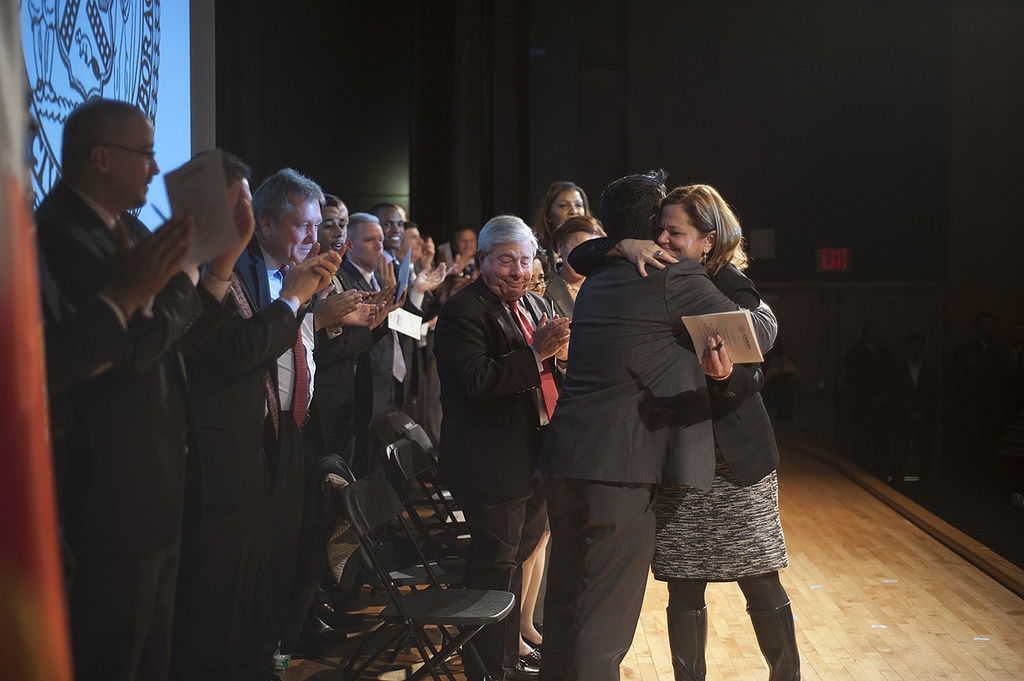 Councilman Carlos Menchaca earns a hug from the speaker during his inauguration ceremonies. 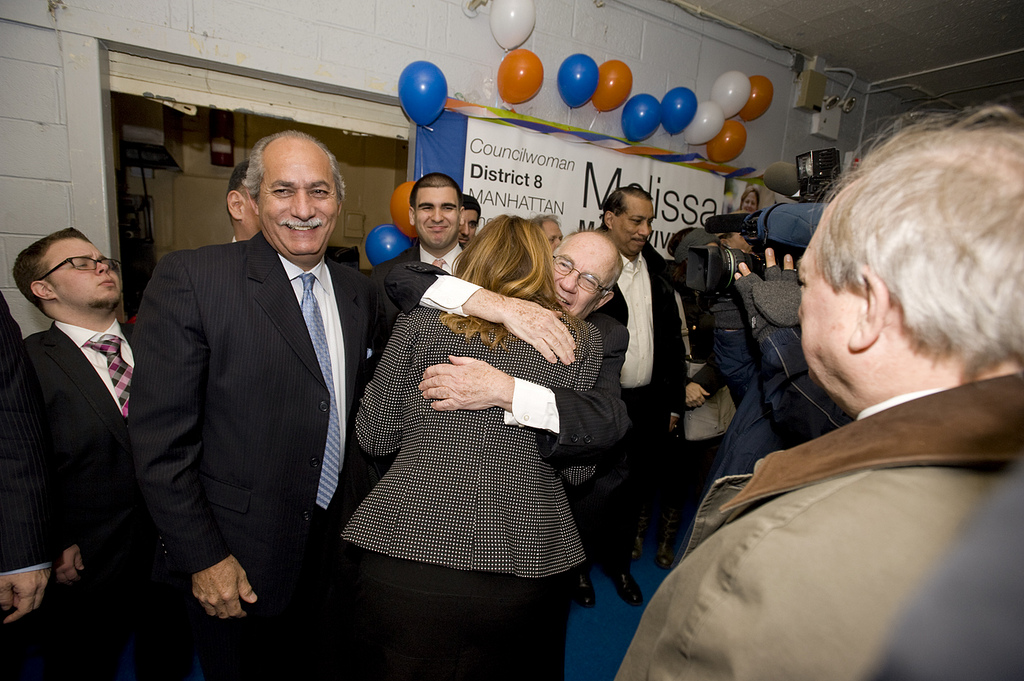 Sometimes bystanders get caught up in the hugs. (Example 1.) 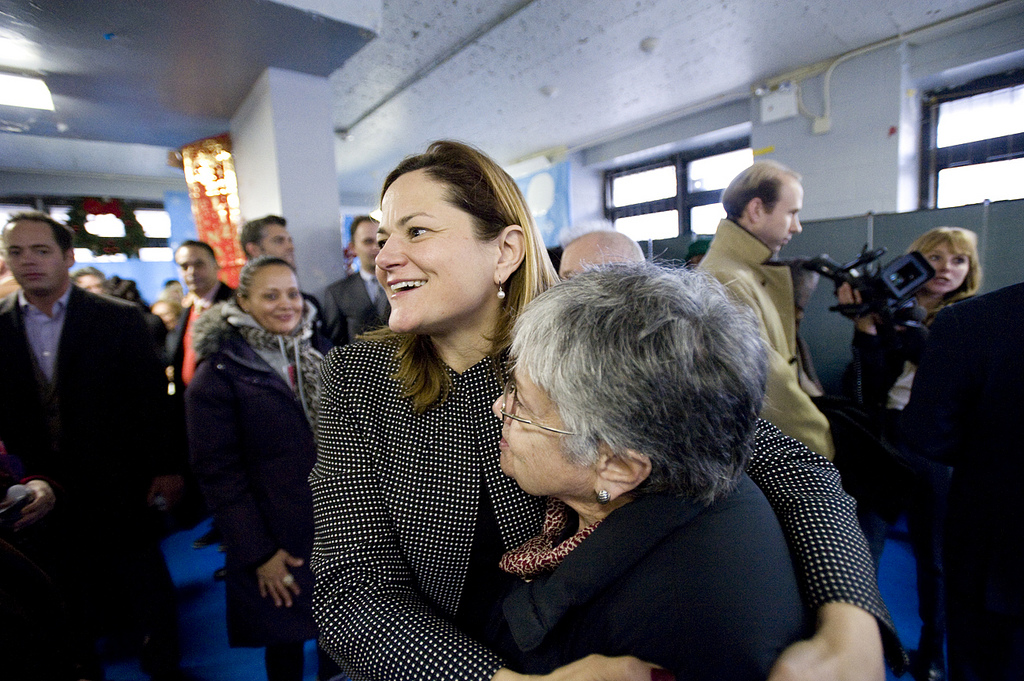 Sometimes bystanders get caught up in the hugs. (Example 2.)
Advertisement 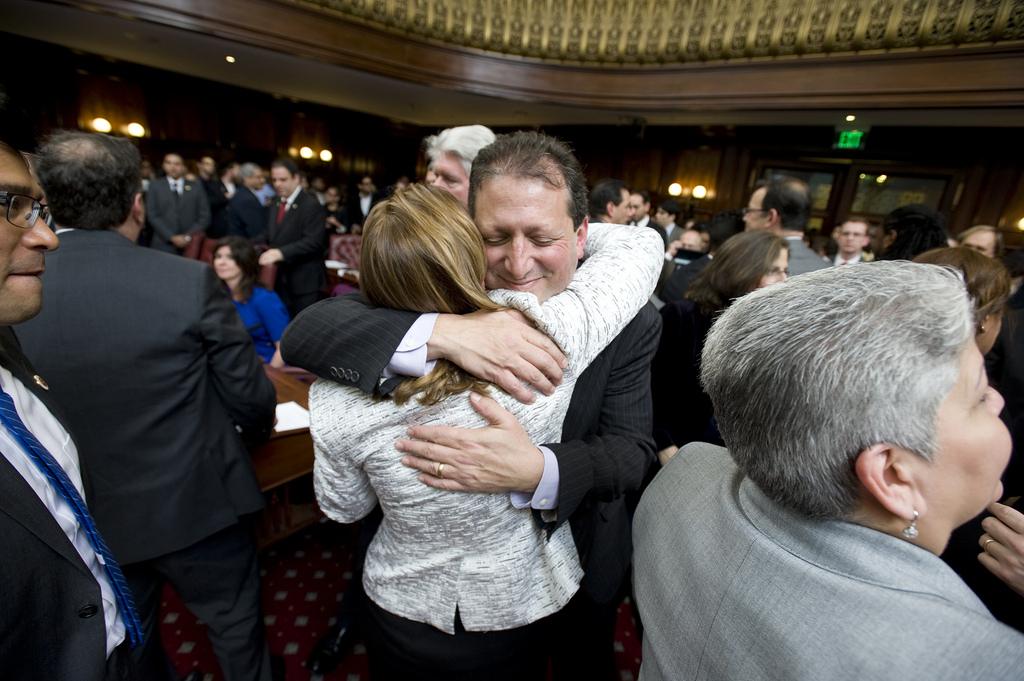 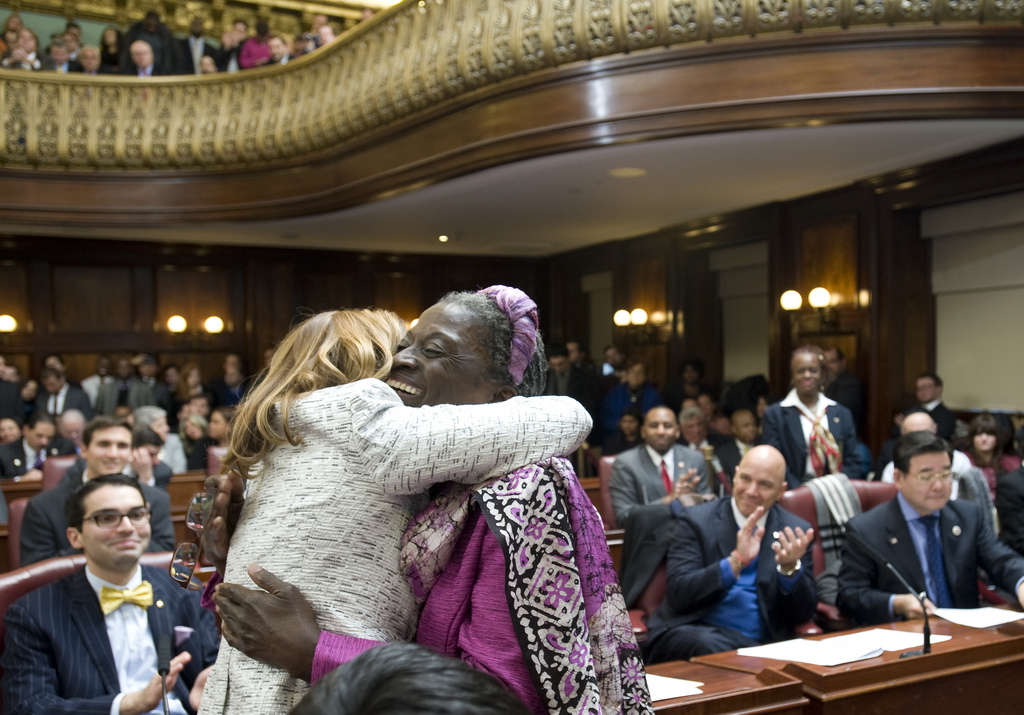 Councilwoman Inez Barron has a hug. 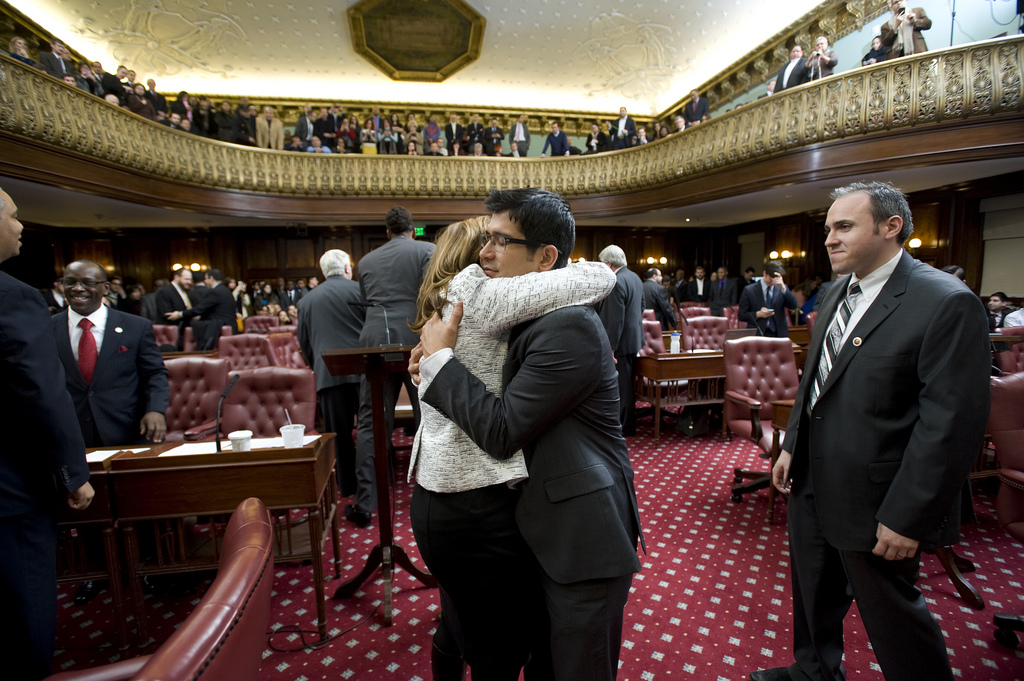 Mr. Menchaca gets another hug as one of his colleagues, Councilman Mark Treyger, waits patiently for his turn.
Advertisement 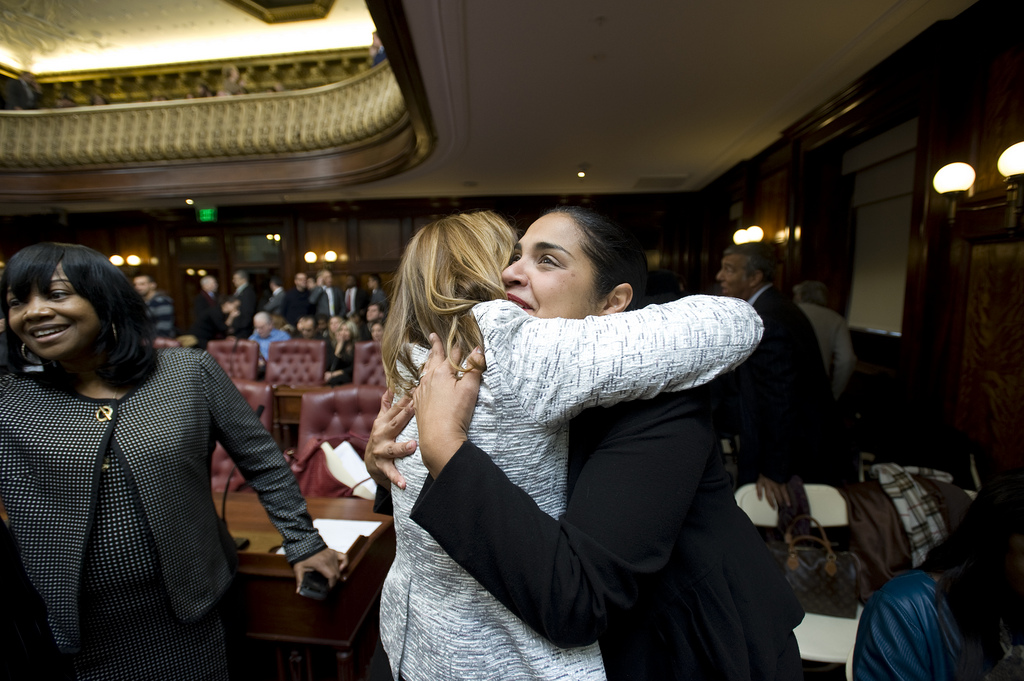 The hugs aren't limited to current council members. Here ex-Councilwoman Diana Reyna gets a hug in. 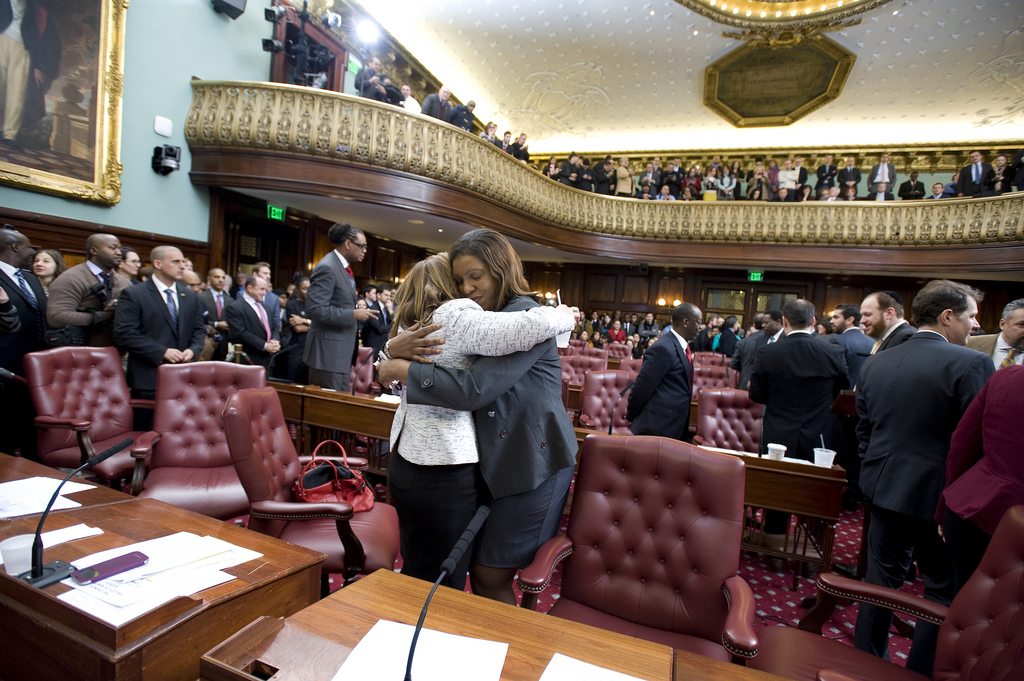 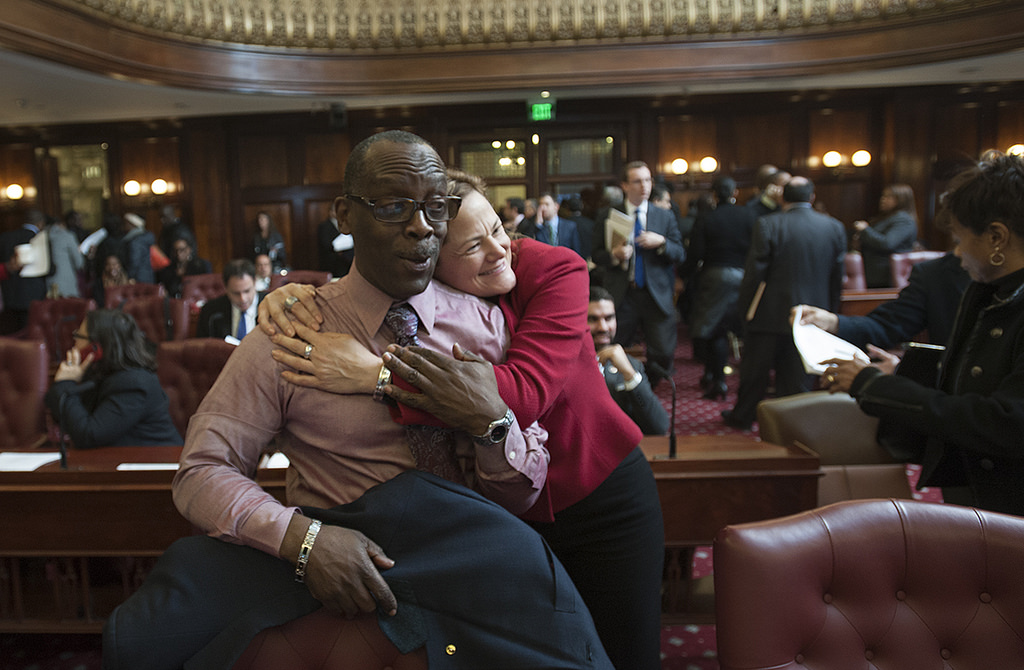 Sometimes the hugs can even come by surprise, as Councilman Daneek Miller appears to be learning here. 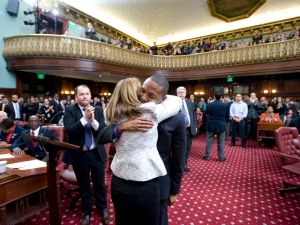 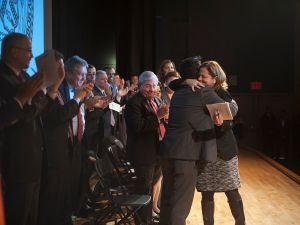 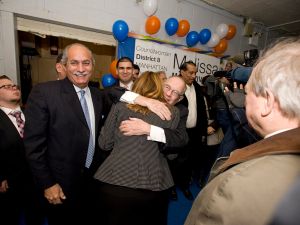 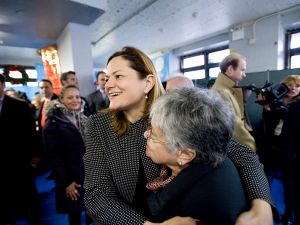 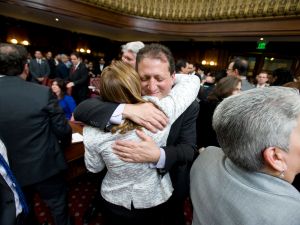 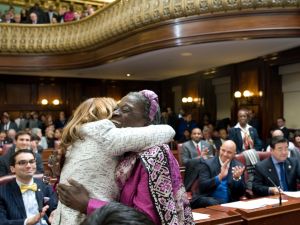 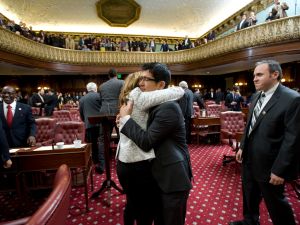 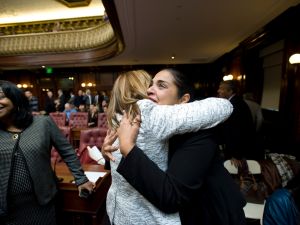 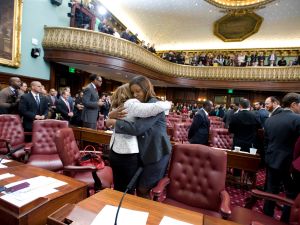 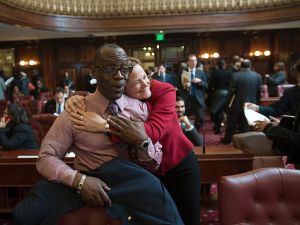 During the race for City Council speaker, Melissa Mark-Viverito was often described as having “a reputation for having cold personal relationships” with her colleagues.

But since her victory in the contest, it seems she is all hugs.

Whether it’s a deliberate tactic to soften her image or not isn’t clear. If it is, it may need more time to resonate in all corners of the five boroughs. Just today, the Daily News editorial page portrayed her as rather ruthless, writing, “Her message: If you want your money, don’t cross the boss.” (Maybe the News need a hug?)

Regardless, reached for comment, Mark-Viverito spokesman Eric Koch doubled down on the tactic.

“The speaker has a lot of respect and admiration for her colleagues,” Mr. Koch told Politicker. “She’s very pro-hug.”