Bling out your Citibike Today in things you didn’t know you needed, Tomorrow Lab has partnered with Shapeways to create a gold, 3D-printed Citibike key. In case you’re not an avid Citibike user, “keys” are what Citibike’s annual members use to release the bikes from their holding contraptions. The new 3D-printed key, which is still in prototype phase, is printed in “gold steel,” and is meant to be worn on a string around the neck like the geekiest, chunkiest jewelry of all time. This might be proof that just because you can 3D-print it, doesn’t mean you should.

Pinterest is hiring Wanna work at Pinterest? This week, the company has started hiring for partner, sales and account management jobs in New York and Chicago. The New York jobs will be based out of small offices in a coworking space in Bryant Park, which sounds pretty swanky and high-tech, if you ask us. We assume people that are easily distracted by photos of braided hair and shabby chic wedding dresses need not apply.

Frankly is the Snapchat of Texts For some reason—probably sexting—it’s a big trend in smartphone world to send messages that are only temporarily viewable. New app Frankly is a lot like Snapchat, except instead of just photos, users can also send text messages that immediately disappear. Basically, now you confess your deepest darkest secrets without fear of your BFF saving them in her inbox forever. Unless she screenshots them.

Lyft rides the red carpet Lyft (basically the Uber for the 99%) is sending ten of its “most creative” drivers to Park City, Utah, to drive people around at the upcoming Sundance Film Festival. If you’re classy (or unemployed) enough to be heading out to Sundance, keep an eye out for Lyft drivers, because apparently you can win a $50 credit for riding with one. Additionally, the company asks that you “share a #LyftCreatives moment whenever you meet one,” just because.

Networking for design newbs If you’re looking to break into the New York web design scene—or you’re already a web designer, and you’re new to this concrete wasteland we call home—head to General Assembly tonight for a free two-hour introductory event. According to GA’s website, the event will cover “key events, companies, people, current issues, and career paths in the industry,” and attendees are encouraged to network to their nerdy hearts’ content after the series of presentations.

FarmLogs gets financed Forget your dreams of moving to the countryside and gettin’ hitched to a ranch hand who’s never heard of the interwebs. FarmLogs, a startup that launched in 2011, lets farmers digitally manage their farms to increase yield and profitability—and it just received a whole bunch of funding. The company announced today that it has closed a $4 million Series A round of financing. “We are very excited about the trajectory we are on and having additional support and resources will continue to accelerate our growth,” said Jesse Vollmar, CEO and cofounder of FarmLogs, in a press release. “We’ve helped thousands of farmers around the world take advantage of technology, and with their feedback and suggestions they’ve helped us create a smarter future for farming.” 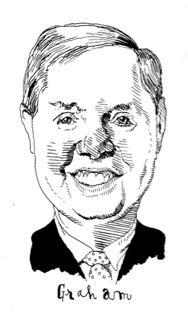