Those who want top-notch customer service at the likes of Bergdorf Goodman may do well to stop by after SoulCycle class. That’s my conclusion after road testing a Harvard Business School study that associated star treatment in luxury retail stores with wearing sweats.

Yes, that’s right—leave the fur and leather at home. “It’s been found that under certain conditions, nonconforming behaviors, such as not following the expected dress code or the appropriate professional conduct in a given context, can signal higher status,” associate professor Francesca Gino wrote in her conclusion. “In our research, shop assistants working in boutiques selling luxury brands in Milan assigned greater status to the woman wearing gym clothes and a jean jacket rather than to the woman properly dressed. When the deviant behavior appears to be deliberate, it can lead to higher status inferences rather than lower ones.” The same apparently goes for clean-shaven/disheveled men.

To investigate this counterintuitive finding, I rolled out of bed one Wednesday morning and into Bergdorf Goodman, sporting sweats, hiking boots and a zebra-print beanie with dirty unbrushed hair underneath. Other noteworthy accessories: oversize sunglasses, a Venti Starbucks cup, a T-shirt with Abraham Lincoln holding a kitten on it and a canvas Trader Joe’s shopping bag. I kept my sunglasses on. “I’m a celebrity,” I told myself. “I have money and power.”

I immediately went to the beauty level and waited for help.  The Tom Ford people could’ve cared less. At Chanel, it was about five minutes before a cosmetic sales rep ran up to me. I inquired about anti-aging products. He asked if I could remove my sunglasses. I declined.

“I just had Botox, I’m so paranoid about the bruising. Please understand.” No problem! He applied product around my sunglasses, and then leaned down and asked the golden question.

“Are you an actress?” he said in a hushed tone.

He paused and said, “Nicolette Sheridan, a younger version.” Michael Bolton was never my type, but she’s pretty. I was satisfied.

I was shown a trio of products in the Chanel Sublimage family totaling more than  $1,220. Knowing I couldn’t afford a single one of them, I had to slip out of the situation gracefully. I told my new friend I had to bounce for my weekly blow-out but would return. We embraced tightly. After I left, he chased me halfway around the store, because I had forgotten my samples at the counter.

Next stop was Dry Bar in Le Parker Meridian, conveniently located close to Bergdorf. I would return after my high-maintenance transformation. “Make me look as pretentious as possible,” I instructed. “I want people to be staring at how big my hair is. I want to look like a bitch.” I chose the look on their hair menu known as Southern Comfort.

I now was dressed in a gray trench coat, black dress and black kitten-heeled boots. Notable accessories for round two: a Missoni wrap, a Louis Vuitton pouchette, a toy poodle named Mishka.

Some associates feigned smiles from afar, not budging when I’d make my way over. Upstairs in the shoe department, I spent a good seven minutes loitering in front of the Chanel shoes, while two salespeople carried on a long conversation about lunch. I waited for a simple “How can we help you?”  None came.

Making my way to accessories, the woman at the scarf counter kept her head down. I then arrived at sunglasses. The salesperson seemed annoyed by my little dog but still was willing to help. I complimented the Pradas in a locked display case but was shown frames all under $300. Finally, after my third hint, he reluctantly took out his keys and let me try on a pair for $795. I told him I’d make my husband come back later and buy them for me. He had no hopeful look in his eye; he probably knew I was a poseur. I couldn’t exactly argue. I gathered up Mishka and went home.

I can’t say I got five-star service on either visit, but the sweats were marginally more effective in attracting full attention. Deviance achieved, I guess. I wanted to reach Bergdorf to follow up on my experiment, but several phone calls to the P.R. department went unreturned. Maybe I should go in wearing yoga pants. 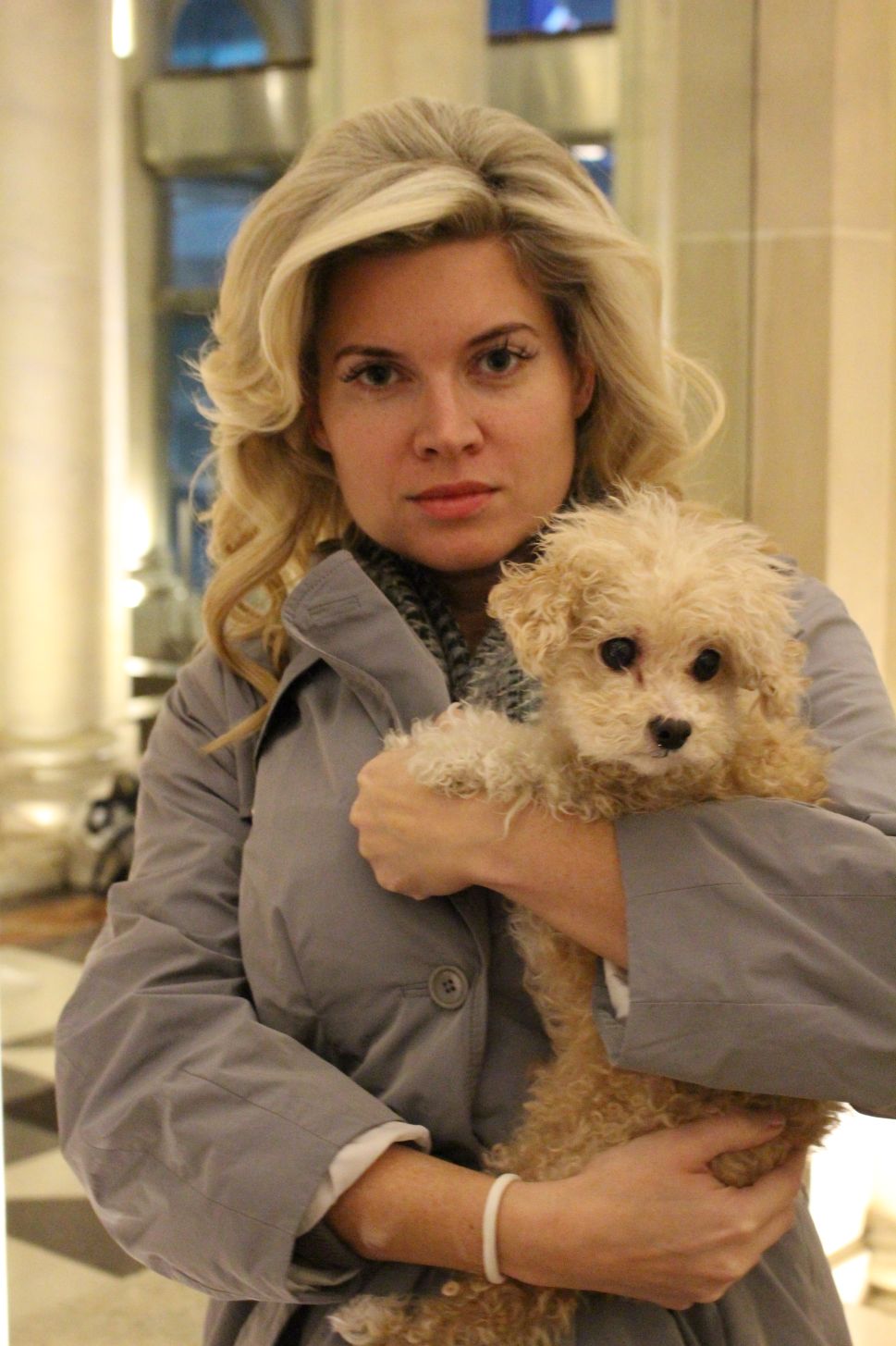