That’s because nobody cool has called themselves a “brand” since 2005.

Since then, the buzzwords that ambitious people use to denote their own cutting-edge relevance have moved on several times, from –ista to curator to artisan.

In 2014, the trending identities that will set your teeth on edge are “hacker” and “disruptor.”

The modern notion of a “personal brand” is a hangover from the booms of the ‘80s and ’00s, with their conspicuous consumption and oversize luxury logos.

It wasn’t such a huge leap from there to May 2, 2005, when the New York Times ran a news feature titled “Paris, Inc,” in which Paris Hilton attempted to pivot her image, in the words of the story, “from globe-trotting sex kitten to savvy business titan.”

This “person-as-brand” strategy—the Times story was initiated by her PR Svengali, Rob Shuter, who was recently profiled in this newspaper—is now ubiquitous. But if you’re over 40, you will remember a time when a particular kind of person thought that describing themselves as a brand was an insight that made them sound smart.

After that, we had the Ists. Again, you have to be a bit older to remember when “fashionista” was coined: evoking Mussolini’s fascista, it was a meant as a mild reproach to the snooty fashion set.

But with the advent of blogs, it took off as a catchy suffix which spoke to a blogger’s personal brand but also added a suggestion of expertise. Thus were born Recessionista, the Sartorialist, Gothamist and a million others.

They added a lot of noise to the internet. So, the next twist on the personal brand was to become a curator. The word retained the Ist’s air of connoisseurship, but added the promise of editing out irrelevant content.

In a 2012 rant, “You Are Not a Curator, You Are Actually Just a Filthy Blogger,” The Awl’s Choire Sicha called out “the folks with your blog and your Tumblr and your whatever [who] are not actually engaged in a practice of curation.”

“This precious bit of dressing-up what people choose to share on the Internet is, sure, silly, but it’s also a way for bloggers to distance themselves from the dirty blogging masses,” he wrote. “You are no different from some teen in Indiana with a LiveJournal about cutting.”

Nonetheless, the term was a hit with both bloggers and luxury lifestyle purveyors. A justluxe.com article titled “Three Stories of Lifestyle Curator to Millionaire” (sic) about the founders of web sites Thrillist, AhaLife and “affinity travel” business Sixthman pretty handily captures the demographic.

Last year belonged to the artisan, which is just smug enough to be the perfect personal brand buzzword. The fantasy that we should all be steampunk innovator-traditionalists, home-curing heritage pork and tending to our handlebar mustaches, is gaining traction across the country even as it peaks in Williamsburg.

So what are the new personal brand buzzwords for 2014? You can chose between “disruptor” and “hacker,” two self-admiring blossoms native to Silicon Valley.

Hacker is hardly a new word, but it is being used in new ways—usually for the speaker to flatter himself that he is some problem-solving outlaw when performing unremarkable tasks.

At a coffee shop recently, I overheard one bro telling another that he had just “hacked a salad.” Meaning: he made salad.

The Gawker media property Lifehacker.com was an early offender. This week, it published articles on limiting your alcohol intake at holiday parties, whether regular dentist check-ups are advisable and sticking to fitness resolutions. Any of these could be the worst article in a Reader’s Digest circa 1963. But here they’re pitched as “hacks”— smarter-than-the-average-bear life solutions for hipster-insiders.

The emergence of Edward Snowden as a folk hero to the salad-hacking set means the word will be around for some time to come.

But for pure zeitgeist, I think the personal-brand buzzword of 2014 has to be “disruptor.”

It’s a word so unctuous with self-satisfaction that it sounds like 24 years of TED talks distilled into three syllables.

The disruptor differs from the common entrepreneur in that she is an iconoclast, reveling in the chaos she creates. She has Ayn Rand on her bedside table and likes to see existing processes as “broken”—but fixable through this new app she’s selling.

But for every disruptor who creates something useful, there are a thousand shilling snake oil.

At the last TechCrunch Disrupt event, for example, you could preview the $1,499 Monsieur home cocktail system. Its accompanying app allows you to order a drink via smartphone when you visit your other friends who also have the Monsieur.

“There are even more smart features baked in, including one that lets you schedule a cocktail to appear just as your favorite TV show begins,” an Engadget.com reviewer noted admiringly.

Because pouring vodka into a glass yourself is “broken.”

Tech executive Jason Hirschorn—author of MediaREDEF, an excellent daily newsletter covering tech, media and pop culture—may already have coined the next iteration of the personal brand.

“This is a not a daily news newsletter,” the December 30 edition announced. “Think of it as a DJ set of ideas that manifest themselves in text, video, sound and images.”

You’ve been warned: next you’ll be a deejay. 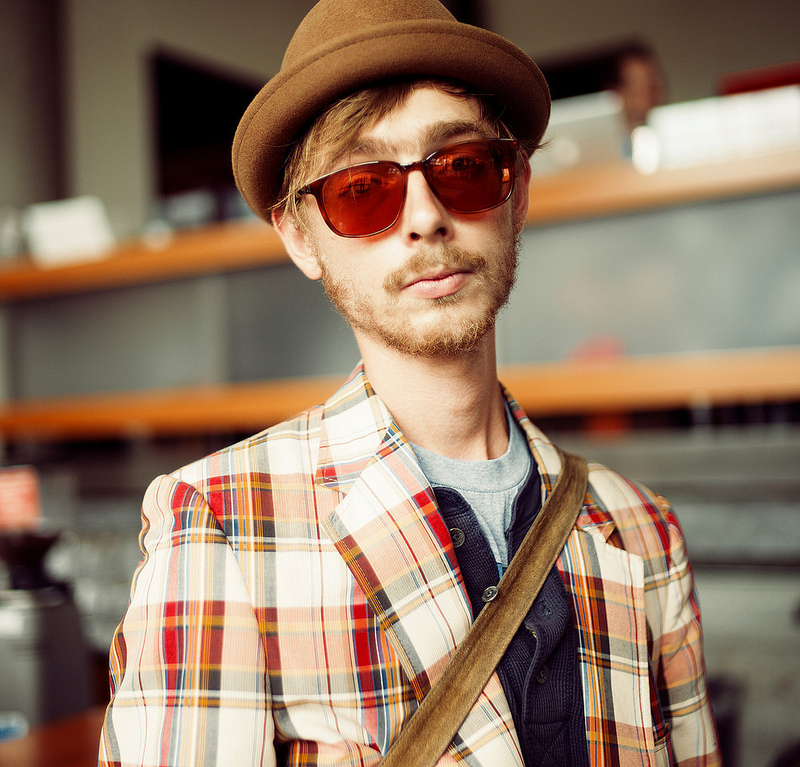