Does litter stop if it doesn’t stop here? (Stephen Nessen/WNYC)

As if your morning commute didn’t already stink enough.

The Metropolitan Transportation Authority has announced that it is removing trash cans at 29 stations along the J and M lines to reduce the rodent population and increase the amount of time you have carry around your coffee cup looking for a place to dump it.

The MTA started pulling trash cans in October 2011 at stations in Queens and Greenwich Village, and then expanded it in August 2012, removing bins at two stations each in Manhattan, Brooklyn, Queens and the Bronx.

Some subway riders, however, think the plan itself is garbage.

“I’m not a litterbug,” one disgruntled commuter told CBS. “So that’s upsetting when I have something and I want to throw it out and I can’t because there’s no garbage. That kills me.”

But MTA spokesperson Kevin Ortiz insists that such foul attitudes are not the norm.

“We’ve seen a change in behavior at these stations,” Mr. Ortiz said. “Customers are disposing of litter outside of the system.”

Trash or trash cans? New Yorkers can find a way to complain about anything. 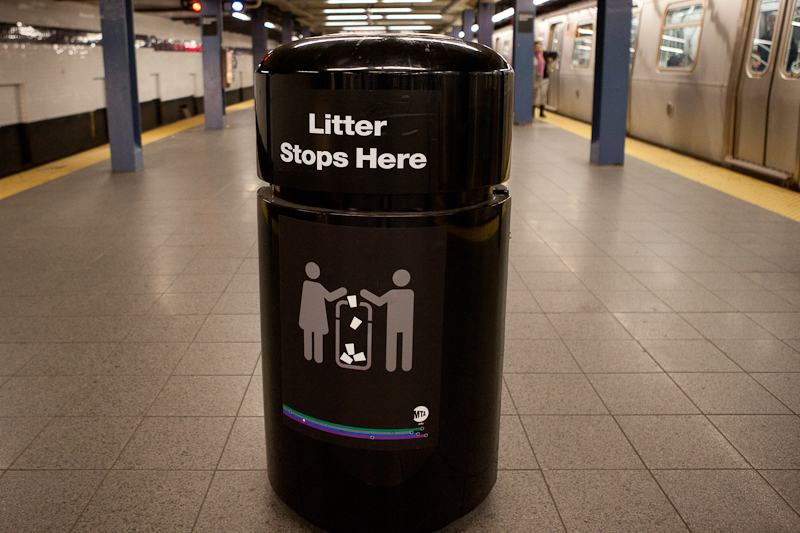