Breaking tradition, one tag at a time.

A groom-to-be surprised his fiancé with a personal graffiti tag, where he asked for her hand in marriage, a second time.

Amber, who comes from a Yemeni American Muslim family, explained that due to her cultural practices, the engagement had been planned out and followed cultural protocol to a T. But her fiancé Bart insisted that “there [aren’t] enough good surprises in the world.” Taking matters into his own hands, he decided to propose again, after their official engagement the day before, according to Gothamist.

During an early walk and coffee on the High Line, the couple approached a spot where he handed her a piece of paper. “I caught the colors on the wall out of the corner of my eye and realized the sketch proposal on paper was twenty something feet long,” Amber told the site. “It was such a mind blowing surreal moment!”

The proposal was the work of the graffiti group ProFreshionalism, who shared the romantic image on their Instagram account. ProFreshionalism is made up of a number of artists who specialize in rare graffiti, expansive street art, and illustrious photography books, according to the group’s website. 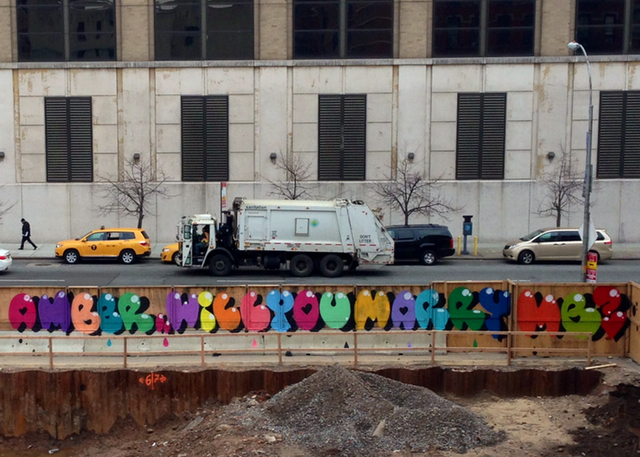