Bryan Cranston in All the Way, written by Pulitzer Prize winner Robert Schenkkan. (Courtesy of A.R.T./photographs by Evgenia Eliseeva)

Robert Schenkkan picked up his 1992 Pulitzer Prize for The Kentucky Cycle at what he remembers as an understated affair—a private little dinner held in the library of Columbia University, so private that nobody wore nametags and nobody knew who anybody was. The big reveal came after the meal when the president of the university invited the group to look around the room. “All of you,” he said, “now have one thing in common: the first line of your obituary.”

Said a happier way—by A Chorus Line’s James Kirkwood to another inductee, Marsha Norman of ’night, Mother: “A Pulitzer entitles you to two things—one, you can make a living teaching, and, two, your name is now permanently three words longer.”

Pulitzer Prize winners Ms. Norman and Mr. Schenkkan have not, however, rested on this particular laurel.

Ms. Norman’s stage-musical rewrite of Robert James Waller’s novel The Bridges of Madison County, with songs by Jason Robert Brown, is previewing its way to a Feb. 20 opening at the Schoenfeld.

It focuses on a four-day affair an Italian-American housewife, Francesca Johnson (Kelli O’Hara), has with a National Geographic photographer (Steven Pasquale), in the area to create a photographic essay on the covered bridges of Iowa, circa 1965.

And by the time The Bridges of Madison County opens, Mr. Schenkkan will be 10 days deep into his own previews of All the Way, a drama examining the first year of the administration of “the accidental president,” Lyndon Baines Johnson (Bryan Cranston). It spans Mr. Johnson’s return to Washington from Dallas after John F. Kennedy’s assassination to the ’64 election. “It’s a year when everything changed,” said Mr. Schenkkan. “In that time, he passed the first of his two major civil rights bills.”

All the Way, which will open March 6 at the Neil Simon, was jump-started by the Oregon Shakespeare Festival as part of its American Revolutions project. Mr. Schenkkan was one of 37 writers commissioned to do with American history what Shakespeare had done with Tudor history.

“Our sole stricture was that, whatever story we chose to tell, we had to make the case it came out of historical record. I knew quickly what I wanted to tell: I have a long-standing interest in L.B.J. because of my family and where I grew up. My family knew the Johnsons—in a very limited manner—since my father was a professor in the Department of Radio-Television-Film at the University of Texas at Austin. The only question was what part of the L.B.J. story I wanted to tell. Eventually, I settled on his first term, because I think that was a hinge-point in American history. L.B.J. is Shakespearean, really, in size, ambition and what he accomplished, good and bad.”

It’s Mr. Schenkkan’s second Broadway play, his first since the month-long run of The Kentucky Cycle in 1993. His only other brush with Broadway has been as an actor, understudying Michael Moriarty and Michael Jeter for all 32 performances of G. R. Point in 1979.

Ms. Norman’s first (and only) straight Broadway play in 30 years has been her 1983 Pulitzer winner, ‘night, Mother, and it was successfully revived in 2004. Twenty years ago, she reinvented herself as a musical-book writer—an often thankless, if fundamentally crucial, chore—and her playwriting past gives dramatic heft and structure to her projects.

All three, as well as her fast pirouette on Broadway, The Red Shoes, featured strong, female plots. “I write Trapped Girl. It’s a story I know personally. It appeals to me.”

That’s the way it has been from the beginning when she walked across town to the Actors Theatre of Louisville and presented to its artistic director, Jon Jory, a play called Getting Out about a female ex-con she encountered while teaching at Central Sta te, a mental hospital in Louisville. That play got her to off-Broadway’s Theater de Lys in 1979 and was warmly received by the critics. Their hats flew in the air four years later when she arrived on Broadway with ’night, Mother, a long day’s journey into a very dark night, in which a mother and daughter debate the value of suicide. Mother (Anne Pitoniak) and daughter (Kathy Bates) both made the Tony running, as did the play and the director (Tom Moore).

Similarly, The Kentucky Cycle Tony-contended for Best Play, as did two of its featured players (Gregory Itzin and Jeanne Paulson). A true saga, The Kentucky Cycle got to Broadway in two parts via regional theater. Each part ran just under three hours and focused on three fictional families, fighting for control of a piece of property in East Kentucky from 1775 to 1975.

“I did a lot of research,” said Mr. Schenkkan. “But of the 70-plus named characters in the play, only three are historical figures. In All the Way, almost every character is from a real person.”

Mr. Schenkkan got his Pulitzer glad tidings from the drama critic of the Los Angeles Times and assumed he was being punked—no play had ever won the Pulitzer without first appearing in New York—so “I asked how he knew. He said, ‘Well, I just called the Pulitzer Prize committee and asked.’ In a good journalistic tradition, he’d scooped everybody. I was thrilled! It meant as much to me then as it does now.”

Ms. Norman was far removed from the madding crowd when news of her Pulitzer victory was announced. “Phones hadn’t caught on among the redwoods of North California,” she recalled, so the good news came from a foot-runner waving a note that said, “Your husband has exciting news. Call him.” She left her hilltop cabin, came down the mountain and learned about the prize. That night at the hotel, Champagne glasses were given to guests, and total strangers toasted her.

One couple dragooned her into dinner and, for light conversation, asked what the play was about. Reluctantly, she got it into a sentence: “It’s about this woman who one night tells her mother, ‘I’m going to kill myself,’ and the play is the next hour and a half until she does.” The man turned ashen. As a little boy, he had come home from school and found his mother hanging in the garage. “That happened all the time in those ’night, Mother years. People would come up and tell me their suicide stories, because they hadn’t been able to talk about it before. They didn’t want sympathy from me. They just wanted to be a witness here, to say, ‘You’ve told a true story.’”

Winning the Pulitzer for that play was a mixed blessing. “I think after I won the Pulitzer—if I wrote a play—I felt I was constantly in competition with ’night, Mother. ‘It’s not going to be any better.’ I did five more plays, but nobody liked them. I’m not going to write a better play than ’night, Mother, but I don’t need to: I love what I do now—the books for musicals.”

Ms. Norman was helped to The Bridges of Madison County by a Pulitzer Prize winner from Sunday in the Park with George: “James Lapine called me and said he just got a phone call from the author’s agent asking him to adapt that book into a musical. He said, ‘Oh, you really don’t want me to do this. You need Marsha Norman for this.’”

Mr. Lapine knew this of Ms. Norman, having been around during the development of The Secret Garden, when she changed to her tune to musical theater exclusively.

True to Mr. Kirkwood’s edict, not only did she sail through the next two decades of musical book-writing as “Pulitzer Prize winner Marsha Norman,” she snagged a teaching post along the way as well. On March 31, she and Christopher Durang will mark their 20th year of co-chairing the playwriting program at the Juilliard School.

Her affection for her profession is in full bloom. “I really love the problems that the musical creates for the book writer. They interest me. It’s a puzzle. How do you keep the main character in the center of the stage? How do you build a beautiful ending?

“Jerome Lawrence once told me two things: Musicals are always about the conflict of two worlds, and musicals are a love story with a great final scene. The great final scene in Bridges is tricky, because one of the characters is dead. Francesca, at least in our version, is still alive. It’s hard to write a song for a dead person—and bring the whole community in. Jason and I worked for days trying to figure out the last song. Then, at the elevator after another inconclusive session, I thought, Oh! You know how that is—it feels like you’ve walked through a cloud, and the idea was there, and you just walked into it. So I went back and said, ‘What if …?’ He said, ‘Whoa!’ and called me 20 minutes later. The song was there, and it’s exquisite.” 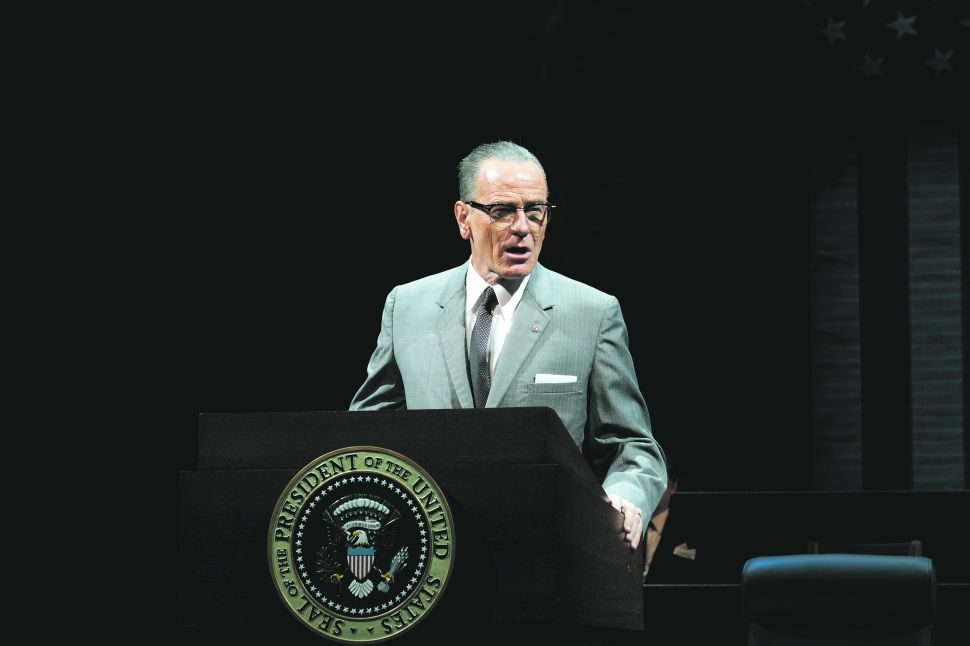