Get ready to stuff your wallet with cash like it’s 1995. 2014 could be the year of the more expensive credit card meal.

A recent settlement with major credit card companies has finally allowed merchants to price plastic more than cash, and New York vendors are looking to capitalize.

Shops, restaurants and retailers pushed for the two-tier pricing after losing profit to Visa’s, MasterCard’s and American Express’ sizable fees, which were invisible to consumers.

“Take Sara Jenkins, the owner of two successful Italian restaurants in Manhattan’s East Village. While reviewing the annual accounts at her upscale restaurant, Porsena, where about 90 percent of customers pay with plastic, she discovered that she had been charged $40,000 in card fees for the year,” reported the Huffington Post last January.

Now that business are free to charge anyone who uses credit cards up to 4 percent more, experts say that there might soon be a wave of strange surcharges in New York City.

Several clients of DiPasquale Law Group, a firm that specializes in restaurants and nightlife, have inquired about implementing the surcharge within the last few months. The firm’s principal attorney, James DiPasquale, refused to detail exactly which clients are looking into implement the new fees, but he said  “a significant number” are intrigued by the idea of customers paying for the privilege of plastic.

But don’t run out to the ATM just yet. Even though merchants take a huge hit from these fees, many are reluctant to impose a surcharge in fear of chasing out customers. For example, Ms. Jenkins said that 90 percent of her customers pay with credit, and since most consumers choose plastic, business owners all over are weighing the options. If you’re not ready to give up plastic or pay the fee, don’t worry, because these fees won’t be hidden. Restaurants and other retailers tacking on the extra cost are required to include it on bills and post it at their entrances and front counters.

Mr. DiPasquale said that some of his clients are considering going halfway, bringing in the surcharge at their restaurants’ bar only.

We hope that means there aren’t too many $25 cocktails in our near future. 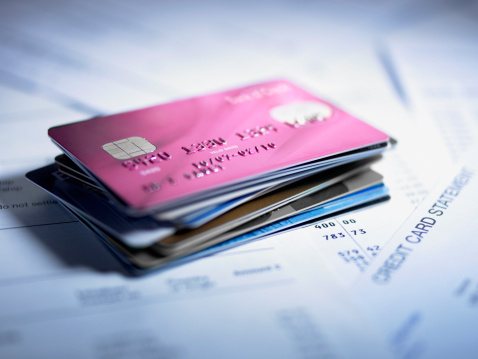