Since word broke of “time for some traffic problems in Fort Lee” there’s been no lack of news stories coming out of New Jersey.

National media converged on the Garden State and Gov. Chris Christie, who’s accustomed to grabbing national headlines, was under the microscope like never before.

Although it shouldn’t come as a complete surprise, the governor even alluded to it during the first of his two news conferences in which he discussed the George Washington Bridge lane closure controversy at length.

“We’re not in Kansas anymore, Dorothy,” Christie said during the December Statehouse news conference. “National Democrats will make an issue about everything about me so get used to the new world, everybody.”

With that in mind, here’s a look back of five things the Bridgetgate scandal dug up in New Jersey politics:

With all likelihood of a 2016 national bid on his mind, Christie was undoubtedly poised to be enamored with stories of campaigns past. A handful of the reports (a $46,000 undisclosed loan to former U.S. Attorney’s Office colleague Michele Brown, Christie’s stays at luxery hotels as a U.S. Attorney that went beyond federal guidelines on business travels, etc.) surfaced during his campaign against former Gov. Jon Corzine, but fell short of holding back the Republican hopeful from ousting the Democratic incumbent. The stories are likely to be rehashed over the coming years as Christie and his team looks to 2016, this time, by additional national news outlets and Washington D.C. political bureaus. However, the recent controversies have shed a new light on the reports and spurred news outlets to revisit some of the stories sooner rather than later.

The New Jersey political guru who’s well-known for writing under the pseudonym Wally Edge is in the heat of the mix of the George Washington Bridge lane closure controversy. Wildstein, a former editor of PolitickerNJ and founder of the political website PoliticsNJ, moved to work at the Port Authority when Christie appointed his friend, former Sen. Bill Baroni, to a top position at the agency. Wildstein and Wally Edge are well-known names to New Jersey politicos, but now the former top Port Authority official is the subject of a controversy threatening to ensnarl Christie’s political future.

The focus on Wildstein as a central figure only increased last week when his attorney penned a letter suggesting evidence exists that the governor knew more about the lane closures when they were happening.

MSNBC’s Steve Kornacki is a former reporter for this website going back to the days of Wally Edge. Kornacki, who hosts his own show on the national network, is back on the New Jersey political beat and is the prime mover behind a theory that suggested the lane closures were about more than political retribution against Fort Lee’s mayor for not endorsing the governor’s re-election bid.

The theory posited by Kornacki and advanced by Brian Murphy (another former reporter for this site) suggested that the motive for Bridgegate connects to a development project in Fort Lee called Hudson Lights. Although more questions remain than answers, the theory has kept New Jersey reporters on their toes as they work to advance the next angle of the lane closure controversy.

Christie is a bully narrative

Again, it’s not a new narrative and is something that was bound to be routinely rehashed as Christie built a 2016 national campaign. However, up until the point of Bridgegate, Christie enjoyed sky-high polling that suggested his tough, no-nonsense style was popular among voters (it certainly helped him win a resounding re-election victory in New Jersey where his brash get-it-done persona sent his approval rating sky high in the aftermath of Superstorm Sandy). But according to polls, some voters are apparently weary of an administration that doesn’t blink over closing down lanes of one of the most congested bridges in the country over some kind of political reason.

Of course, the lane closures have not been tied to Christie himself. But, that hasn’t stopped Christie’s foes from using the bully narrative against him and railing the governor for fostering an environment that permits such behavior, they argue.

Fracturing within the Republican ranks

National and New Jersey Republicans are on record throwing their support behind the governor, but that doesn’t mean there hasn’t been simmering discontent in some GOP circles.

A Statehouse Republican, speaking on the condition of anonymity, told PolitickerNJ some GOP officials are fine to sit silent in the backdrop of the controversies surrounding the governor and not come to his defense. “You can’t kick your friends … without people noticing,” the source said, adding “no one is shedding a tear” over Christie’s woes.

Republican discontent was but a murmur following the recent statewide election in which GOP officials made little gains across the state. Some within the Republican Party would tell PolitickerNJ they felt Christie didn’t do enough to help the party and instead was only interested in his own political ambitions. 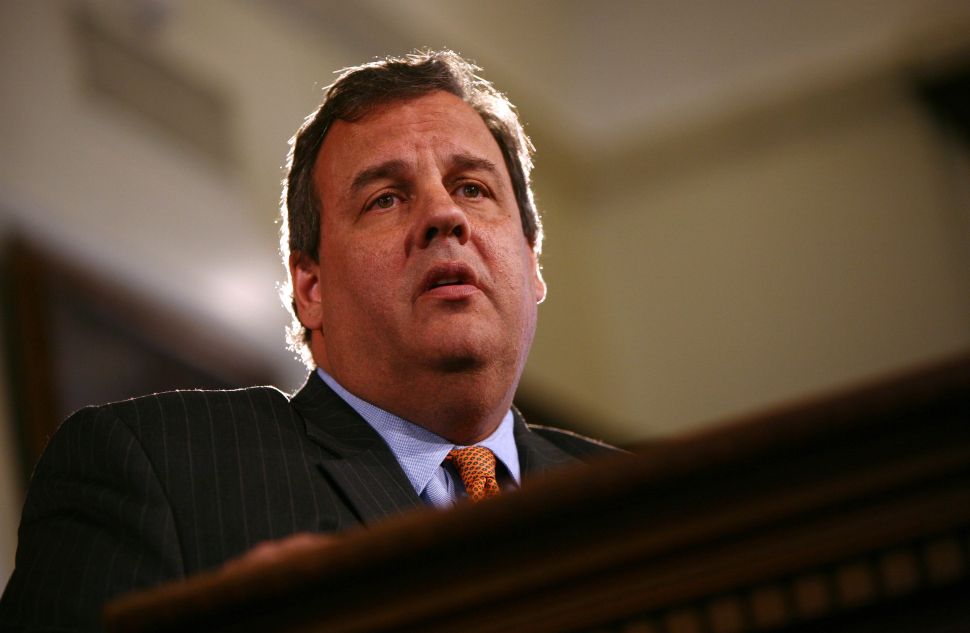