If I were to ask you, “Quick, what were Chris Farley’s funniest sketches on Saturday Night Live?” you’d probably respond like a normal person: “Ah! Stop pressuring me! I don’t know, I don’t owe you anything!”

If you were to take a moment, chill out, and think about it for a second, you’d probably tell me, “The one where he’s a GAP girl, the one where he interviews celebrities and doesn’t know what to ask them (been there, brother!), and the one where he has a van down by the river.”

You’d be correct. Good job. That last character in particular, Matt Foley, is one of Farley’s most iconic characters: a pre-Tony Robbins motivational speaker who held himself up as a cautionary tale against teen fun. And now, lucky for you, there’s a new video from 1990 that shows a pre-SNL era Farley performing the character during his time at Second City in Chicago.

(Can you imagine that guy giving a TED Talk? With his own PowerPoint about the propensity of mobile vehicles toward bodies of ?) 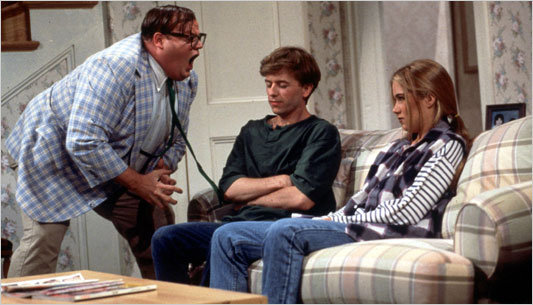