Personalized mixes are fraught territory for me. From early childhood through 2011, each time I made a guy a mix he would dump me immediately, sometimes before I’d even given it to him. (Who needs a mix to say “I have sudden and intense feelings for you that probably aren’t reciprocated” when it’s written all over your face?) This mix CD curse, as I call it, happened so many times in a row that it became a running joke among my friends and remained one long after I’d learned my lesson and sworn off the practice. As you can imagine, I found it hilarious.

Even after meeting my current partner and experiencing the joys of having my texts returned before midnight, I was so scared of the stupid curse that it took nearly a year for me to make him a mix. I started off slow with a selection of the best TV On the Radio songs before doing the full monty. (This may have been a sly way to slip him “Ambulance” without giving it up that I wanted us to love each other forever starting immediately, but that can be our secret.)

This particular story has an improbably happy ending, but who wants to hear about that? This is Valentine’s Day, for fuck’s sake. Here are some of my favorite songs to put on a mix for that special someone or simply listen to while crying on the subway.

If there were a movie made about my early twenties, this song would play each time my character saw a hollow-boned wimpster doing shots by himself at the bar or criticizing people’s taste in things. At first it would be kind of sweet, but by the middle of the movie it would happen so often it was clearly meant to be funny, at times starting over before it was even finished. I realize that’s depressing and I’m sorry it’s the first song in this list, but shit happens.

TV On the Radio, “Ambulance”

Sensitives have been using violent imagery as a metaphor for love for quite some time, from the wounded deer of 16th century lyric poetry to Saves the Day’s “Rocks Tonic Juice Magic,” but subtlety is not always their strong suit. Done in the style of an old timey doo-wop song, TV On the Radio’s “Ambulance” is a simple yet powerful example of the form done right. You say you will be my heart attack if I will be your ambulance, and I say that sounds great.

The lyrics to this song are actually kind of weird—why is Robert Smith “so far away” from his lady and why won’t he ever know that she’s in love with him if he’s already mastered the trick that makes her scream? Regardless, it’s wistful and reverb-y and makes me want to kiss someone until my heart explodes.

“A woman is not a girl, I could show you a thing or two,” sings Carrie Brownstein in the style of Robert Plant, and from the orgasmic way she wields her axe, I believe her. As far as I can tell, this is a song about the messy but grown-up ways two equal partners can love each other (“you’d better be my bloody match”) and it probably eats emo boys for breakfast.

The Ataris, “Song for a Mixtape”

Now I’m going to get really meta and include a song on this mix that is, itself, about making mixes for people. Pop punk forever.

“You know that it hurts me when you don’t come home at night,” sings Katie Stelmanis, and one wonders what kind of monster would do such a thing to this golden-voiced queen of feelings. The words are simple, but the longing is clear. Consider yourself on notice, “you.”

I guess we’re geting into breakup song territory now, but breakups are a part of love just like death is a part of life. (Unless they’re not, in which case death is a part of love, which I think we can all agree is equally dark.) Put this song on a mix for someone if you want them to know that if they ever leave you, you’ll do romantic things like tie their legs together and twist their head off and make them lick your legs in your basement forever.

One important rule of mix-making that I made up is to always include a cover, preferably of a song your intended already knows and likes, by an artist they might not know. Here is one for someone who likes Bruce Springsteen! I like the way this version emphasizes the creep factor of the original by getting all shout-y and crazy with it. 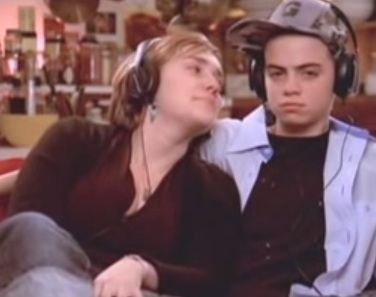