Hat’s off to Alexander Wang.

As part of a campaign against Russia’s anti-gay laws, Mr. Wang has designed a new cashmere beanie.

P6, the two letters on the designer beanie, stand for the Principle 6 campaign. The goal of the campaign is to encourage athletes, spectators and global supporters to unite against discrimination without directly infringing on the Olympic ban on political speech or breaking any Russian laws.

Principle 6 is the International Olympic Committee’s charter that prohibits discrimination based on “race, religion, politics, gender or otherwise.”

Brian Ellner, a founding board member of Athlete Ally, the organization behind the P6 initiative, said that the hat provides a way for Olympic athletes to show their support for LGBT Russians at the games, without breaking other rules in the charter.

On the fashion front, the P6 beanie has already popped up on the heads of early-adopting fashion folk like model Constance Jablonski.

The beanie is part of a large fashion closet representing political statements. This one, however, is definitely pricier than other do-good apparel like Gap’s Red t-shirts ($20) benefiting AIDS research, Lauren Bush’s Feed Bags ($80) in support of UN feeding programs, Ralph Lauren and the CFDA’s Fashion Targets Breast Cancer t-shirts ($35) or even American Apparel’s own P6 line, which incidentally has its own beanie—for $22, albeit in acrylic.

But pout not, proceeds of the hat—available at Nordstrom, Bergdorf Goodman, Moda Operandi, Jeffrey, Fivestory and Alexander Wang’s New York flagship—will go to fund the campaign and LGBT groups—so you can dedicate yourself to causes nobler than the commitment to cashmere. 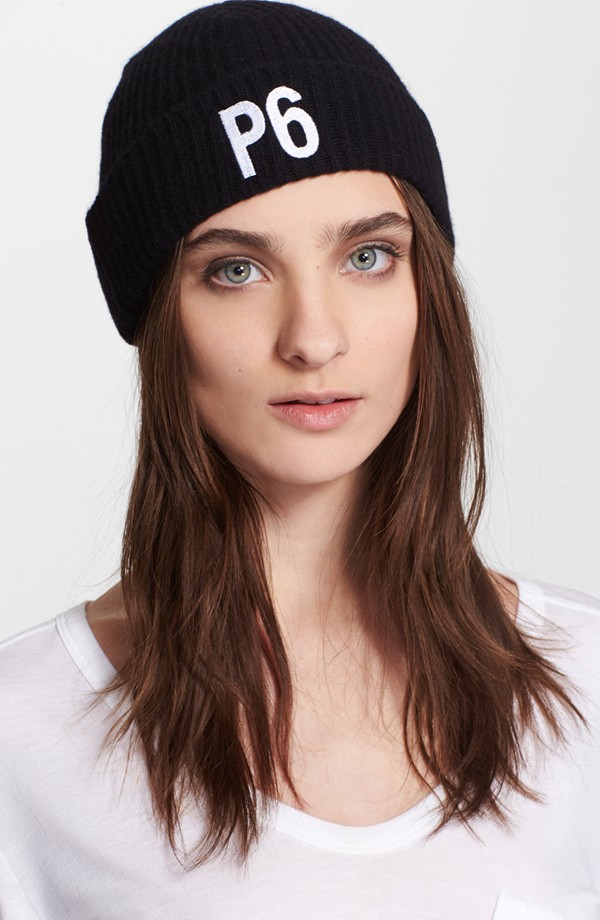