Bronx Councilwoman Annabel Palma will not run for Congress, despite a flurry of recent media reports suggesting that she would challenge longtime Congressman José Serrano.

A source close to Ms. Palma confirmed to Politicker that Ms. Palma would not launch the challenge. News of her dropped bid was first reported by the Bronx Times.

“She wants to spend more time in the district and in the City Council,” the source said.

The move is an abrupt turn for the councilwoman. Ms. Palma, whose name surfaced as a potential candidate earlier this month, recently filed a committee to explore her electoral options.

Political observers speculated that Ms. Palma’s flirtation with a congressional bid was at least partially tied to the fallout of this year’s race for City Council speaker. Ms. Palma loudly backed an opponent of the current speaker, Melissa Mark-Viverito, and was eventually stripped of her committee assignment.

There are currently no other declared opponents of Mr. Serrano, who has represented the South Bronx since 1990. 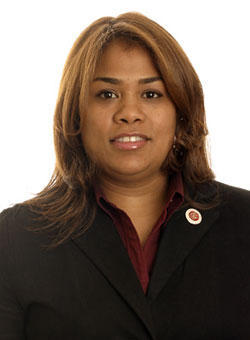