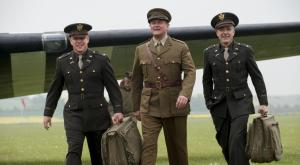 Mr. Sachs was talking to The Observer about The Monuments Men, the new Hollywood film celebrating the unlikely band of art historians, conservators, curators and others that rescued Nazi-looted artwork toward the end of World War II. It’s not every day a mainstream movie revolves around, or even mentions, art, and the city’s cultural mavens are more or less on board.

“Everybody loves an art heist,” said writer and dealer Bill Powers. “It’s The Thomas Crown Affair with a feel good movie, right?” It’s exactly that. And about half a dozen other movies. The Monuments Men has got the offbeat buoyancy of Inglourious Basterds, the mid-heist, bantering cadence of Ocean’s Eleven, the earnestness of pretty much any George Clooney-directed film and the rah-rah Nazi outfoxing of Indiana Jones, parts one and three (we don’t speak about Temple of Doom).

All that isn’t quite enough to get Mr. Sachs to buy a ticket, though. “I can’t wait for the next time I’m on an airplane and I get to watch it,” he said. “And I’m sure I’ll love it and cry and it will remind me of the spirituality around appreciating art, which I’ve definitely felt.” 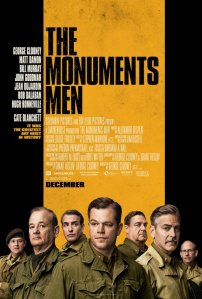 Art restitution is a hot topic these days. Between the Nazi-looted trove recently discovered in so-called Munich hoarder Cornelius Gurlitt’s apartment and the various governments pledging anew to return looted works that have been hanging in their museums since the war, the legacy of Axis art crimes continues to unfold. But, as historian Simon Schama pointed out in a talk following a Thursday night screening of The Monuments Men at the Center for Jewish History on West 16th Street, the Germans had role models. The country we love for the Louvre perfected the art of pinching paintings well before the Third Reich jumped on the bandwagon.

“Before the Germans added their particular contribution to the history of art plunder, the French really invent its modern history, so it adds a layer of important historical irony to the Paris scenes,” said Mr. Schama, a Brit who bears a passing resemblance to a younger Sir Ian McKellan. He was referring to the Napoleonic wars, during which the French nicked the four bronze horses of the San Marco Basilica from the Venetians (who had themselves pilfered the horses from Constantinople during the Fourth Crusade).

“The French were extraordinarily brutal and voracious and took absolutely everything they possibly could, including Titian, Rubens…” continued Mr. Schama, who shared the stage with Harry Ettlinger, one of the last surviving Monuments Men, and Anne Rorimer, the daughter of another. “Germans really took a leaf out of the French notebook about how you basically wholesale create a central bureau of captured art, which then becomes—” he paused, breathlessly, uncrossing his pea green boots. “Wait, how many of you here are French?”

The screening audience laughed and cried on cue during the film, but then it was your basic, largely gray-haired, crowd of culture lovers, the kind that go bananas for original manuscripts at the Morgan. Whether the average popcorn-guzzling movie-goer will gasp and groan when the Nazis burn up Old Masters is another question, but they will have plenty of opportunities for pathos in the buddy-movie moments. Of course these cinematic elaborations are enough to keep others with a fondness for historical accuracy away.

“I don’t really want to see it,” artist Eric Fischl told me last week at the opening of the current New York Academy of Art group show, “The Big Picture.” (He has two paintings in the show so enormous even the Monuments Men would have a hard time hauling them out of German hands.) “[The actual story] seems like it wasn’t as authentically dramatic as they’re trying to make it.” 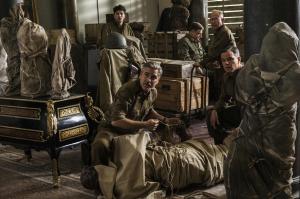 And the many clichés, written, very, very earnestly in Hollywoodese, may be easy to mock (“Let’s get out of here,” Clooney’s character says to a Michelangelo sculpture of the Madonna before saving her from a salt mine), though it’s kind of novel watching a movie where people wax eloquent, with sweeping, grandiose swells of emotion, about the importance of art.

Mr. Ettlinger, the original Monuments Man, didn’t disagree. When we chatted after the screening, he said the filmmakers “touched the high points, they caught the essence of what we did, but,” he laughed, thinking back some 69 years, “they took liberties.” 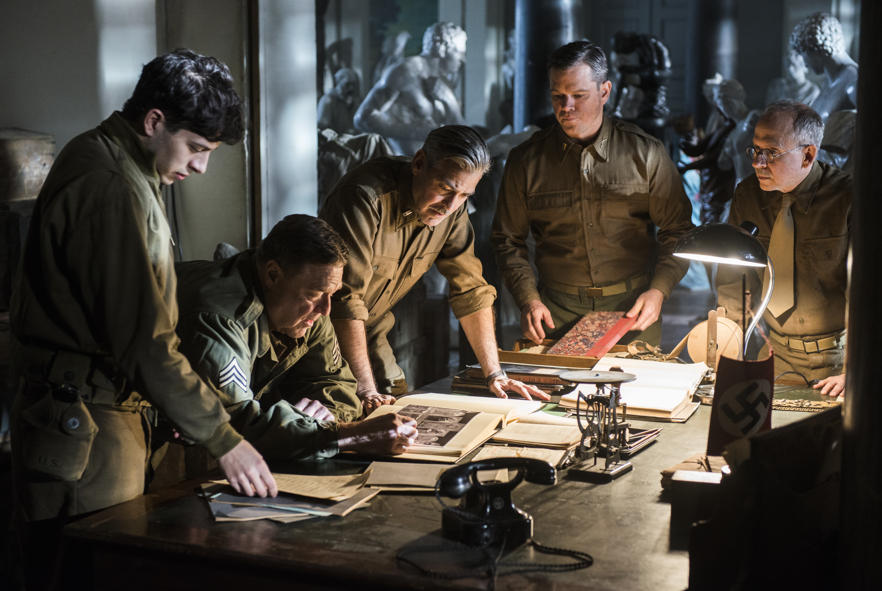