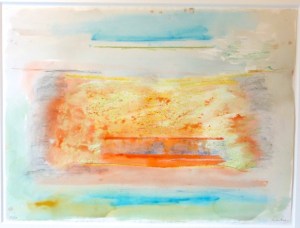 This March, when wandering through Modern, the Armory Show’s modern-art section on Pier 92, be on the lookout for walls painted eggplant purple. On those you will find parts of a special exhibition called “Venus Drawn Out,” organized by the independent curator Susan Harris and focused on the drawings of female artists from the 20th century.

The project marks the first time that the Armory Show–Modern has invited a curator to organize a special show within Pier 92. “I view myself not only as a curator but as a litmus test of a viewer,” Ms. Harris told us by phone, of how she approached the project. “I thought, ‘What would I want to see, and how would I want to see it?’”

Homing in on women artists seemed natural since they continue to be under-represented in the commercial art world, at fairs and auctions. “It’s 2014, and we’re still having this conversation,” she said. “The battles fought in the ‘70s certainly paved the way for many of the women artists today. But people still ask, ‘Why aren’t the prices the same? Why don’t they have the same number of shows? And why in permanent collections are there so many more male artists?’ I thought this would be a perfect venue to focus on women.” 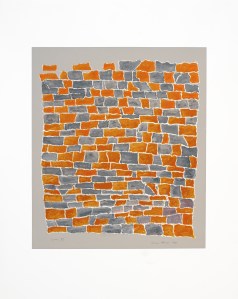 Ms. Harris invited galleries showing on Pier 92 to submit drawings. She has selected about three dozen works, including pieces by giants like Lee Krasner Lee Bontecou, Lygia Clark, Georgia O’Keeffe, Agnes Martin and others, which she plans to hang salon-style on those eggplant-colored walls. “I think it will generate a kind of energy that will distinguish itself from the surrounding booths,” she said. “We’ll see.”

Three large-scale works will also be part of the show, by Lynda Benglis, Inka Essenhigh and Pat Steir, who will be working on site for two or three days before the opening of the fair to make a site-specific wall drawing. After the conclusion of the show, which runs March 6–9 (with a VIP preview March 5), Ms. Steir’s will be painted over, gone for all time.