Curator Cecilia Alemani has recently been watching hi-tech gadgets, hipster snacks and bits of clothing get reduced to liquid in a blender. Artist Josh Kline is the man hitting the start button, preparing a sculpture that Ms. Alemani, the director of the High Line’s art program, has commissioned for her latest group show in the elevated park. The piece will be a commercial refrigerator stocked with smoothies designed for various lifestyles. The ingredients in the “Williamsburg” brew include kale chips, Kombucha and an American Apparel T-shirt. The “night life” is a concoction of Coke Zero and squid ink.

“We are also looking at a pair of Google glasses that he wants to blend,” Ms. Alemani said, “but that’s a bit harder for us to find.”

Mr. Kline is one of seven artists participating in the show, “Archeo,” which opens April 18. Along with Mr. Kline, Antoine Catala, Isabelle Cornaro, Yngve Holen, Jessica Jackson Hutchins, Gavin Kenyon and Marianne Vitale, are all creating new works that respond to themes of obsolescence and technological nostalgia.

The High Line, which was built between 1929 and 1934, once represented a feat of cutting-edge engineering, sending freight trains soaring above the streets and straight through city buildings. “It looked very much like a set for a sci-fi movie,” said Ms. Alemani. (Fritz Lang’s Metropolis appeared just a few years earlier, in 1927, she noted.) Now that it’s a chic, innovative park, the original tracks have lost the shock of the new. “I’m very interested in the point at which the new becomes obsolete or becomes like archaeology,” she said.

The other works sound no less ambitious than Mr. Kline’s. Ms. Vitale has appropriated a set of steel “frogs”—criss-crossing sections of railroad tracks—that she will present vertically. “They look almost like warriors or like soldiers, and then you become aware they’re part of the train culture, although many people don’t even recognize them as such,” said Ms. Alemani. The High Line’s own tracks are studded with frogs, though they mostly go unnoticed amidst the vegetation.

Mr. Kenyon will fill fur-lined bags with plaster, constraining them with rope, to create a bulging, biomorphic form that Ms. Alemani said will resemble “a crumbled monument.” Ms. Cornaro, who was born in France, will present a new group of columns from the “God Box” series she recently showed at Galerie Balice Hertling in Paris. The large blocks bear low-relief contours of cast objects, ranging from gloves to light bulbs, evoking wunderkammern and archaic steles.

In contrast to these older-looking pseudo-relics, some tech-inclined artists are creating visibly contemporary and even futuristic works. Mr. Catala, who often works with holograms and 3-D printers, is presenting a new kinetic sculpture that will appear to be breathing.

By stark contrast with the High Line’s first group exhibition, 2012’s “Lilliput,” which featured knee-high sculptures, many of the pieces in “Archeo” will be hard to miss: the works by Ms. Cornaro, Ms. Vitale and Mr. Kenyon are all monumental, rising as high as 10 feet.

“Compared to the previous two years where we exhibited a lot of figurative work,” said Ms. Alemani, “in this case, it will be an encounter with many objects, and they might look like archaeological objects or everyday appliances.”

Ms. Alemani calls showing on the High Line “challenging.” For their work to survive, artists need to use sturdy materials able to withstand the elements—snow and howling winds off the Hudson in the winter and blazing sun in the summer—and as many as 4.9 million pairs of hands. With all the foot traffic, “There is no way you can tell people not to touch,” she said. While Ms. Cornaro previously made her pillars out of black elastomer, a rubber-like medium, the “Archeo” suite of sculptures will be cast in concrete.

“Archaeo” will be on view for a full year. Many other public art institutions, Ms. Alemani pointed out, keep their art on view for only a few months. “By keeping it for 12 months, we invite our viewers to come back see how the sculptures and the installation have been changing.”

Given that they are in a show that ruminates on the ravages of time, watching these sculptures weather storms, summertime crowds and other fleeting phenomena should prove poignant. 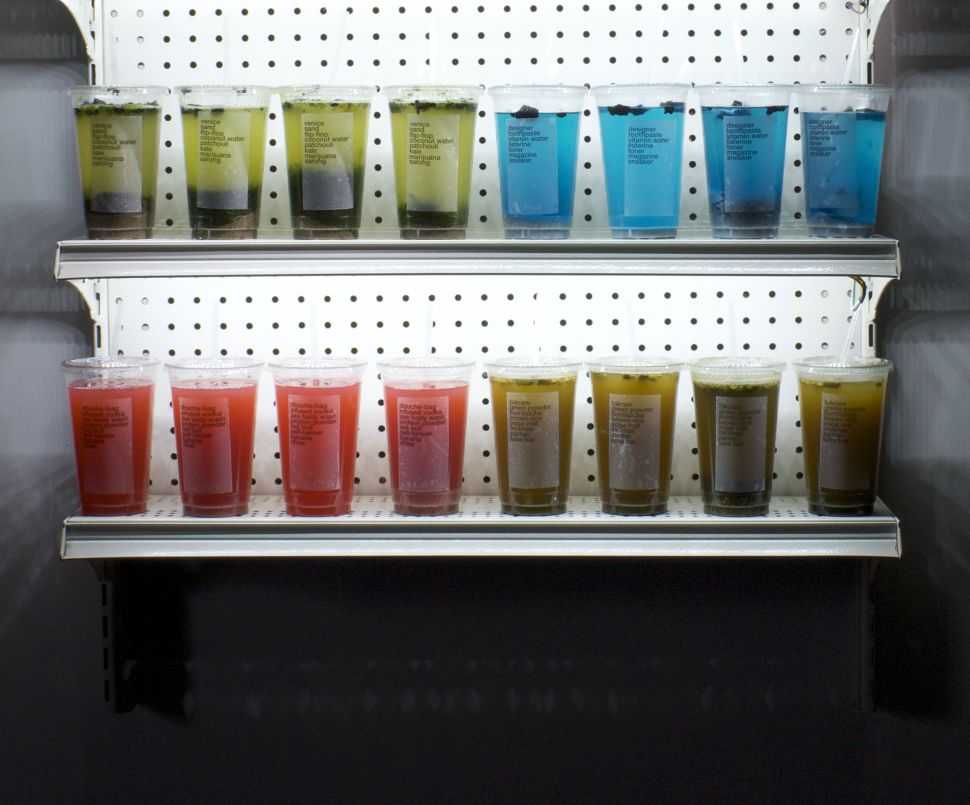