“I don’t know who did it, or why,” said Baraka, the South Ward councilman. “It’s silly – it’s not going to stop us from doing anything. All it’s going to stop us is from is being on the bus.”

According to a Newark Fire Department spokesperson, the city fire department responded to a 7:01 a.m. phone call on Sunday about a “small fire” at 421 Central Avenue, next to Baraka’s Central Ward campaign headquarters. The fire was found centered on a seat inside the Baraka campaign bus.

The bus was also vandalized, according to the Baraka campaign.

The cause of the fire is presently undetermined. The Newark Fire Department’s Arson Squad and the Essex County Prosecutor’s Office are investigating the incident, according to city officials. No one was hurt as a cause of the incident.

The Jeffries campaign issued a statement on Sunday saying that they did not condone the incident and that anyone involved should be “prosecuted to the fullest extent of the law.” The Jeffries campaign also reiterated their declared commitment to “run a clean and safe campaign.”

Baraka expressed his support for the concept of running an incident-free campaign going forward. Practically, Baraka is trying to figure how to replace one highly visible way of getting his supporters around Brick City.

“The prosecutor towed it and said it’s evidence. Now we’ve got to wait for them to give it back,” Baraka said. “Hopefully we get it back before May 14 [Election Day].” 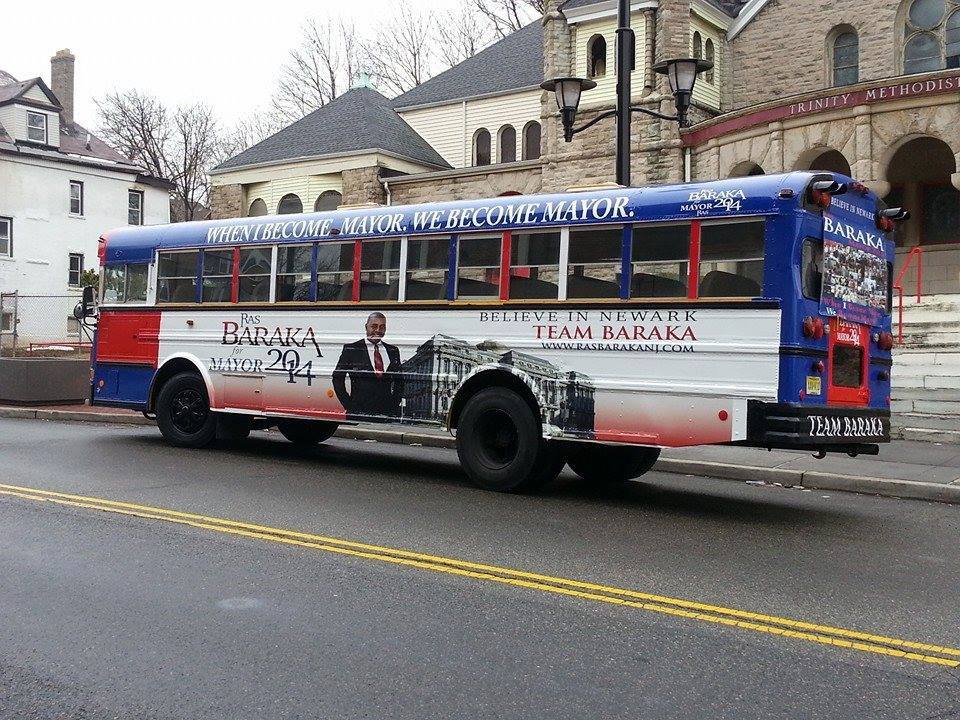