NEWARK – The removal of North Ward Councilman Anibal Ramos, Jr. from the Newark mayoral race has set the stage for a mainlined surge of excitement straight into Brick City’s political veins.

Central Ward Councilman Darrin Sharif remains in the race, and the fluidity of Newark politics could mean that a last-minute candidate could emerge. But with Ramos gone, the state’s largest city expects to witness a war to even the score between the two main candidates left standing: Ras Baraka and Shavar Jeffries.

The two contenders for the title of Newark’s mayor are in many ways diametrically opposed.

In one corner stands Baraka, the South Ward councilman who just laid to rest his father, famed poet and activist Amiri Baraka. An educator who is currently on leave from his job as a public high school principal, Baraka has stoutly defended public education in the face of what he perceives as radical changes driven by Newark School Superintendent Cami Anderson, proponent of the controversial One Newark plan.

The school reorganization plan, announced by the state-appointed Anderson in December, includes the expansion of charter schools, which already serve approximately 20 percent of the city’s students, as well as the closure or consolidation of more than a dozen public schools.

In the other corner stands Jeffries, the former state Assistant Attorney General. Jeffries has publicly noted that he did not know his father, and that his mother was murdered when he was a boy. He is now an attorney who has also worked as a Seton Hall University Law professor. Jeffries, a former school board member, has advocated for charter schools, but at the same time has asked that Anderson try to engage the community more directly regarding the proposed school changes.

While campaigning to be mayor of crime-plagued Newark, Jeffries has touted his record in law enforcement, noting that he oversaw state law enforcement initiatives that led to a 26 percent reduction in recidivism for ex-offenders. Baraka has pointed out that he thinks he can fight crime in Newark by different means, highlighting a gang truce he negotiated ten years ago as deputy mayor. When controversy recently arose about letters he wrote on behalf of convicted gang leader Al-Tariq Gumbs at his sentencing in 2010, Baraka defiantly
proclaimed to PolitickerNJ.com that he would “write it again,” adding that he would rather co-opt than condemn those who have been on the wrong side of the law and who may want to reform.

So, Newark’s version of Ali versus Frazier is set, with the stakes not a championship belt, but the mayor’s chair at 920 Broad Street.

Prepare, Newark and New Jersey: now until the May election, it’s on. 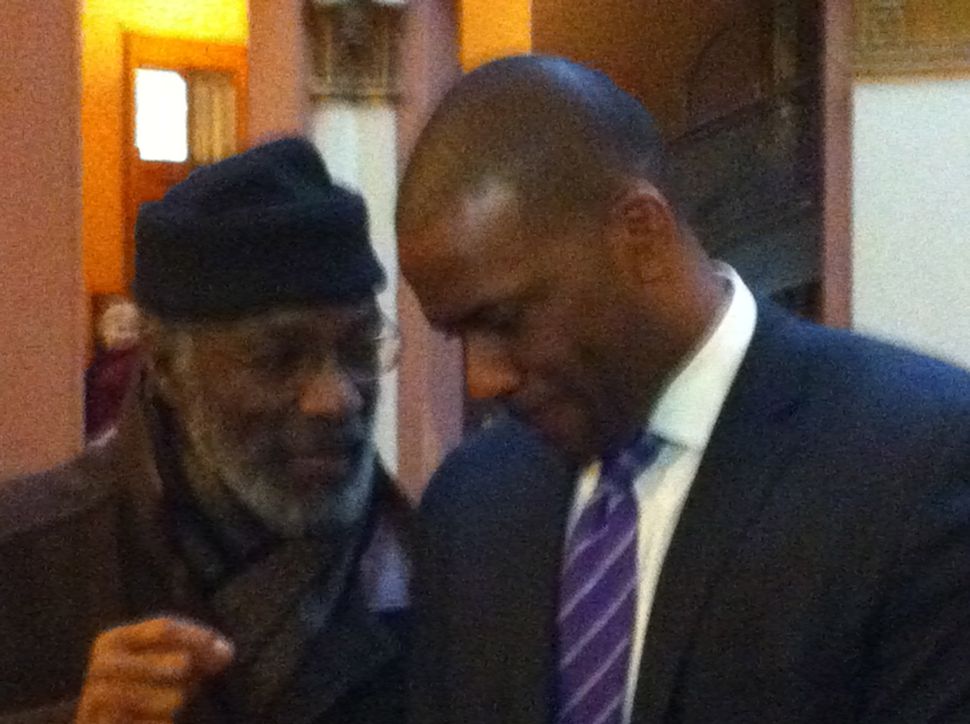