“The people of Newark are in the fight of our lives,” said Baraka, a canddiate for mayor of Newark. “The political machine of Democrats who backed Chris Christie for Governor is trying to buy control of our city. They cannot take us over. We cannot be bought.”

While he didn’t formally endorse Ramos’ choice for mayor at today’s event, the infrastructure of the executive is solidly behind Ramos’ choice to derail Baraka: former state Assistant Attorney General Shavar Jeffries.

“For more than a month, the Christie Democrats have been trying to push Anibal Ramos out of the race,” Baraka said. “Since they know they can’t elect Ramos, they want someone else they can control or who will do their work. Joe DiVincenzo and his allies in South Jersey want to elect Shavar Jeffries, inexperienced, unknown and untested. He is the pliable candidate that they want as mayor.

“Governor Christie and his appointed School Superintendent, Cami Anderson, are riding roughshod over the people of Newark,” Baraka added. “They are riding roughshod over our parents and children. They are turning our public schools over to private interests. Shavar Jeffries has supported their destructive agenda. He is absent from the battle to reclaim local control of our schools.”

Baraka acknowledged the incoming barrage of money on behalf of Jeffries.

“The machine will pour millions of dollars into Newark to control our city,” said the mayoral candidate. “From the beginning the Shavar Jeffries campaign has been fueled by outside money and outside power. After Jeffries has spent a half million dollars and campaigned for more than a year, polls show that most Newark residents have never heard of him. 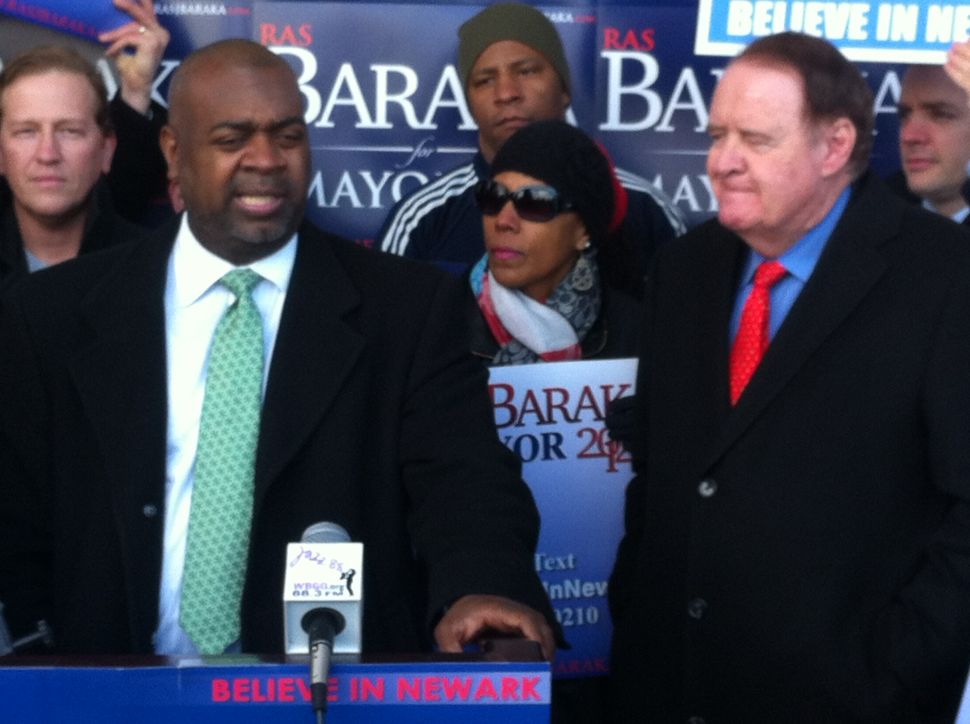