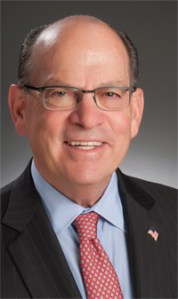 Philadelphia’s Barnes Foundation announced today that its board of trustees has elected as its new chairman Joseph Neubauer, who has been with it since 2005, serving as vice chairman since 2008. Mr. Neubauer, who is the chairman of Aramark, a company that provides food, clothing and other services for a variety of institutions, from colleges to prisons, takes the place of Bernard C. Watson, who will stay on as chairman emeritus.

“Dr. Watson has led the Barnes Foundation through some of its greatest challenges and many achievements during his tenure as chairman, including the completion of the building campaign and our new campus in Philadelphia,” Joe Neubauer said in a statement released to press. “The board and staff join me in thanking him for his service and for his leadership in transforming the Barnes into the viable and financially-stable organization it is today.”