A former mayor of Paramus, Tesdesco won a freeholder seat last year with Republican Gov. Chris Christie at the top of the opposition ticket.

Democrats see Donovan as a formidable incumbent. A 2010 victor over Democrat Dennis McNerney, the Republican is seeking her second full term in office. 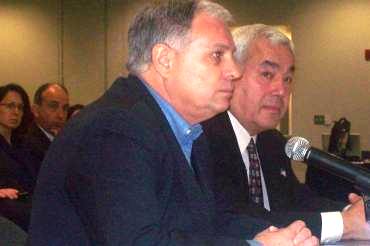