Mayor Bill de Blasio canceled a planned press conference this morning, a day after he was grilled by reporters for his decision to keep schools open during yesterday’s blizzard and placing a personal call to police after an early campaign supporter was arrested earlier this week.

His office announced the scheduling change via email blast, which read, “There are no public events scheduled.”

He had been scheduled to deliver a weather update at City Hall at 11:45 a.m.

“That the city’s response to the weather has been good overall, and beyond yesterday’s extensive briefing, there isn’t an immediate update to provide,” a spokeswoman for the Mayor’s Office said in a statement. 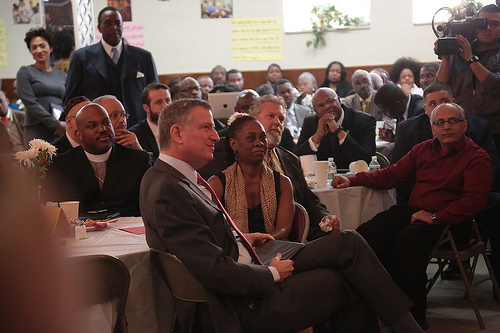