Mayor Bill de Blasio promised today that the city’s response to the latest snow storm will be much better than last time, when Upper East Side residents complained about unplowed streets and the mayor subsequently went to the neighborhood to essentially apologize and vow to redouble his efforts.

“We felt very good about the response to the first storm on January 2 and then the response to the last storm obviously left something to be desired,” Mr. de Blasio told reporters. “I can’t tell you how proud I am of everyone involved for quickly recognizing these areas for improvement and acting on them. I think that’s going to greatly improve our efforts and I think you’re going to see that play out today.”

In his brief month as mayor, Mr. de Blasio has now had to contend with three major snow storms, with two more potentially on their way. While the storms have allowed Mr. de Blasio to bolster his everyman appeal–he has been captured by news cameras personally shoveling snow from his sidewalk, for example–they have also raised questions about whether the mayor, who came to the job with minimal management experience, can effectively handle a crisis.

Today, Mr. de Blasio was back in his Mayor’s Office windbreaker and the jeans he’s worn for previous snow storm press conferences, and appeared confident that today’s snow fall–with lesser winds and warmer weather than previous storms–would be handled effectively by his team.

He said he had already shoveled his sidewalk twice today and learned far more about snow removal in his first month on the job than he ever expected to know. He also insisted that, unlike his predecessor, Michael Bloomberg, his administration was keeping in far better contact with “people on the ground,” creating a more efficient response.

“What we’re seeing here is agencies are starting to find better ways to work together, better ways to communicate. I think certainly we’re making some decisions in a more strategic fashion because we’re talking to people on the ground,” Mr. de Blasio said. “Again, I’m not gonna mince words about the fact that the previous administration didn’t do that particularly well and we are adamant about the need to talk to people on the ground.” 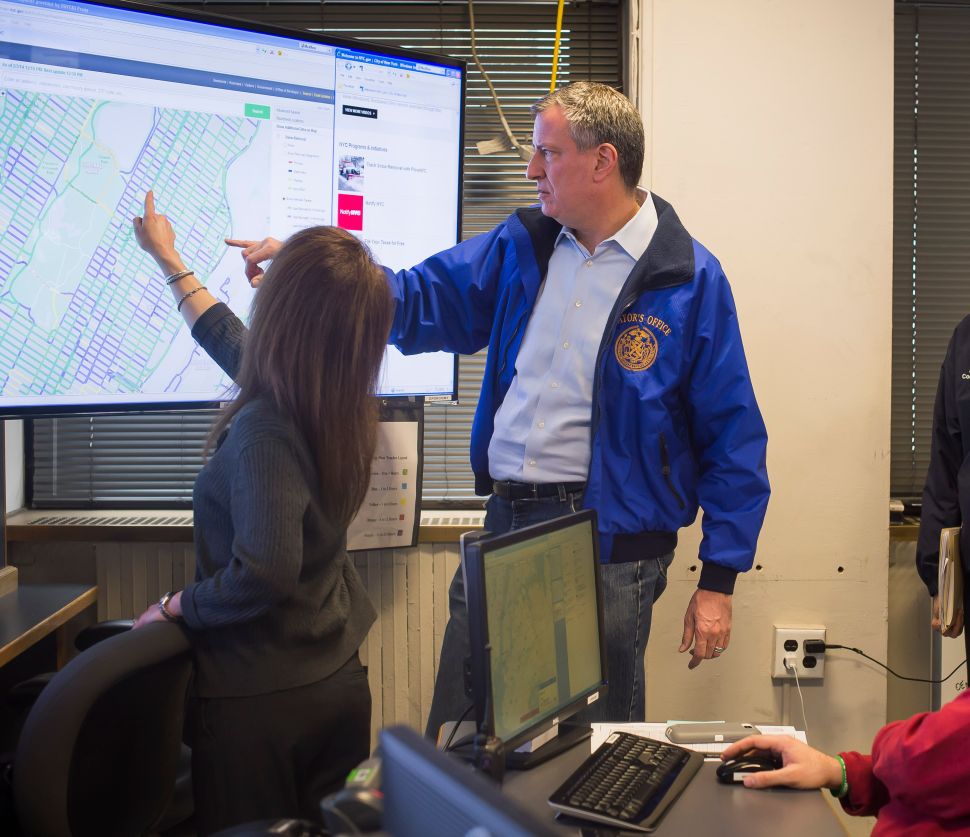