NEWARK – U.S. Sen. Cory Booker said he is “not looking” now at a potential New Jersey gubernatorial run, but at his nascent Congressional career.

“I’ve got an election coming up in November for United States Senate, and that’s where my focus all is,” Booker, who was elected to the Senate in October 2013, told PolitickerNJ.com on Tuesday. “There is so much we can do to make a difference there.”

Booker’s comments, made outside a Black History Month awards ceremony at Essex County’s Leroy Smith Public Safety Building in Newark, came on the same day that U.S. Rep. Rush Holt (D-12) announced that he would not seek re-election with his term is up.

Booker praised the record of Holt, another prominent New Jersey Democrat whose name has also been short-listed as a potential Democratic gubernatorial nominee.

“Rush Holt has been a tremendous public servant, and will continue to be so,” Booker said. “He and I were talking today about how he still has almost a full year left to work for the state of New Jersey. He’s a great statesman, and we’re going to continue to make every month that he has left in the United States Congress really purposeful.

“I just got this news today. I’m not even plugged in with folks about what might be next,” said Booker when asked about who he thinks could potentially take Holt’s place in New Jersey’s Twelfth Congressional District. “I’m looking at a lot of Congressional races in 2014.” 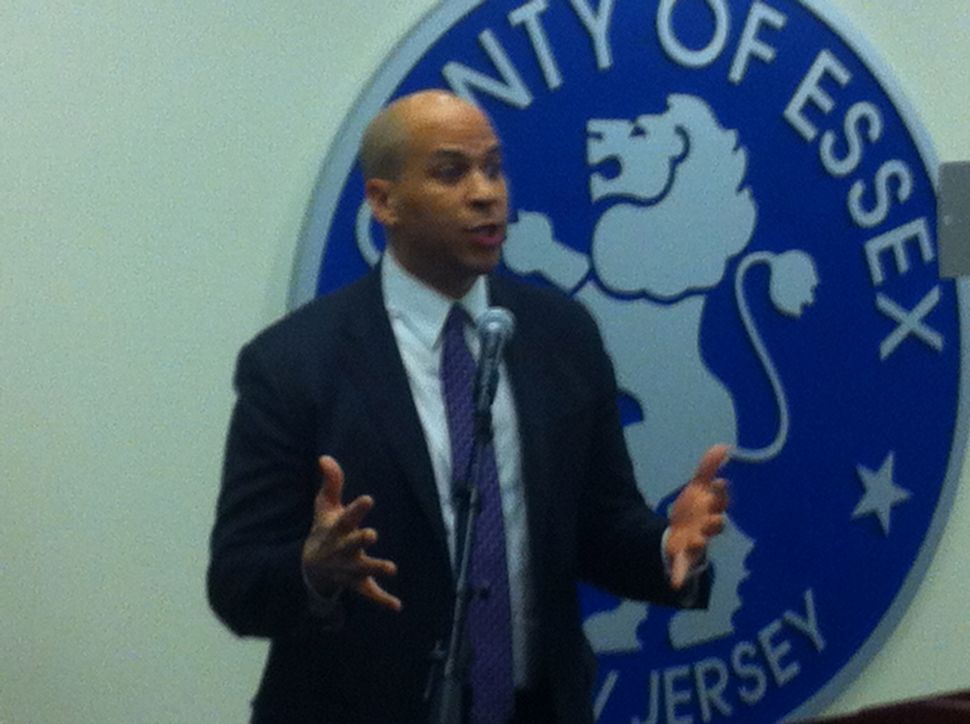