The United Brotherhood of Carpenters and Joiners of America issued a statement endorsing Watson Coleman’s bid over her Democratic challengers.

“I am pleased to announce our strong endorsement of Bonnie Watson Coleman,” said the vice president for the union’s eastern district, Frank Spencer, in a statement.

“She has always stood on the front lines in the fight for working families in New Jersey and her support for the labor movement has never wavered,” he said. “Bonnie Watson Coleman is the fighter we need to succeed Rush Holt in Congress.”

The United Brotherhood of Carpenters and Joiners of America is one of North America’s largest building-trades unions, with nearly a half-million members in the construction and wood-products industries.

“Working families continue to come under partisan attack in New Jersey and across the country,” Watson Coleman said in a statement. “Congressman Holt was a staunch advocate for organized labor in that fight and I intend to pick up exactly where he left off.

Greenstein’s campaign has received the support of six unions. 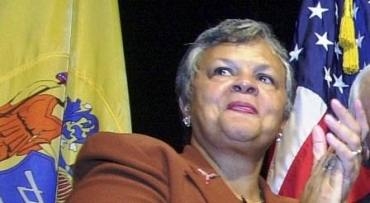