The Communications Workers of America bulked up last night as members of one of the few remaining independent public sector unions voted to affiliate by a 573 to 118 vote.

The CWA conducted 10 meetings throughout Council 10’s jurisdiction and met with and received a unanimous endorsement from Council 10’s Board of Trustees and Shop Stewards. A package of materials was sent to all Council 10 members and it included a leaflet with pictures and quotes from activists in favor of affiliation. Principal Library Assistant from the Camden County Library, Linda Dilks said,  “An affiliation with CWA is beneficial for many reasons. CWA not only has a remarkable reputation  but  I  believe CWA  is  the strongest union in the State  of  New  Jersey. There  is  no better  union  to  affiliate with  than CWA. “

New Jersey State Director, Hetty Rosenstein, praised the organizing drive that resulted in the nearly 5 to 1 vote in favor of affiliation.

“This affiliation is not about absorbing Council 10,” said the labor leader. “It’s about how we all go forward together within a stronger union. With Local 1014,  CWA now has over 5000 members and family members in Camden County, one of the most important political areas of the State.” 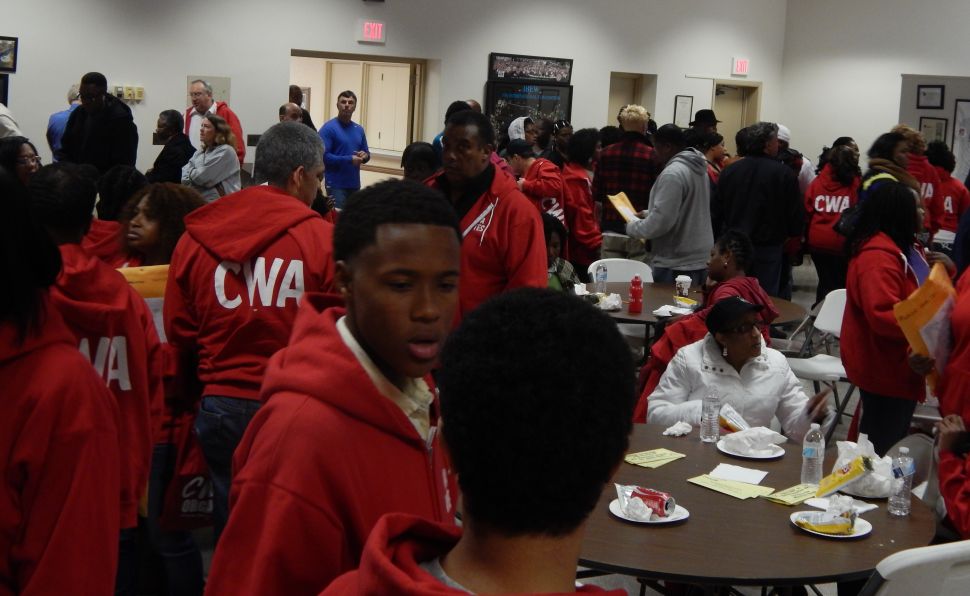