NEWARK – The four men who aspire to power in Newark sat before a room of powerful people at PSE&G on Monday when a member of the crowd asked a question about the issue that will play a large role in deciding the May election.

Josh Weston, the honorary chairman of Automatic Data Processing (ADP), commented on the state of education for Newark’s children to the four Brick City mayoral candidates at a forum sponsored by PSE&G and public relations firm Zinn Graves & Field.

Weston referred to what he saw as the “two educations in Newark” – the public school and charter school systems, asking the candidates how would they improve the former and would they expand the latter.

But immediately afterwards, moderator Rick Thigpen, vice president of state governmental affairs for PSE&G, refined Weston’s question further, doubling down on the person appointed by Gov. Chris Christie in 2011 to run Newark’s state-run school system, the largest in the state: Newark School Superintendent Cami Anderson. The governor publicly stated in September 2013 that he plans to reappoint her, and that he did not care about community criticism.

“Is anyone prepared to speak in support of Cami Anderson’s agenda here?” Thigpen asked.

The One Newark school reorganization plan, announced by Anderson in December, includes the expansion of charter schools, which already serve approximately 20 percent of the city’s students, as well as the closure or consolidation of more than a dozen public schools.

With that, Newark’s mayoral candidates spoke about their views of the effect of Anderson’s plan on the race.

“Some of the schools are actually interested in change, but the timing, and, most importantly, the fact that many of the parents and other stakeholders weren’t communicated with properly has created a panic in many of these school programs,” said North Ward Councilman Anibal Ramos, Jr. “This whole process did not follow the proper protocols, and didn’t include parental involvement at the level that it should have.”

Ramos noted that these moves led him to support a bill, recently sponsored by state Sen. Ronald Rice (D-28), that would require local approval of any of school closure, as well as the already required approval of the state Department of Education.

“[Anderson] has got to give an address to the entire Newark community to talk about what education was like when she got here, and the changes that she’s made,” said Central Ward Councilman Darrin Sharif. “But then she’s got to accept a debate between those elements in the community that don’t support what she’s doing. People have to watch that.”

“A lot of people like to paint me as a radical, but I don’t know if I’ve ever done anything as radical as the thing that she’s trying to do,” said South Ward Councilman Ras Baraka, who is currently on leave from his regular job as a Newark public high school principal. “It wouldn’t be accepted anywhere else, and it shouldn’t be accepted here. Any altruistic goals that she may have had dies in the process that’s she using to push this stuff down people’s throats every single day. It’s really at best narcissistic to say that that the only reform plan
is the reform plan that [Anderson] came up with. There has to be other kinds of ideas of reform.” 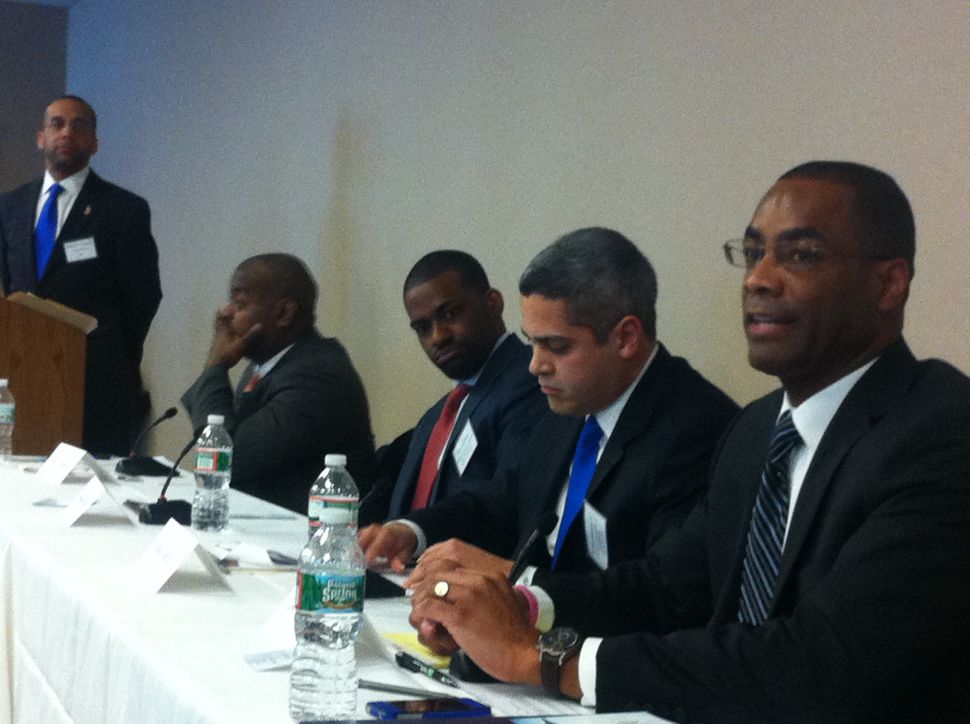