“If there is one thing school communities should know, it’s this: we’re going to do things differently,” Schools Chancellor Carmen Fariña said in a statement. “Today, we are turning the page on the approach of the past. We are going to listen and be responsive like never before, and that will be reflected in everything we do.”

Ms. Fariña said the city was forced to rush to review the proposals’ “inflexible” deadlines, but said the DOE has been “deliberate in our decisions and, under the circumstances we inherited, believe this is the best approach.”

Of the 45 decisions announced today, the DOE decided to reverse nine proposals. Three of those involved charter schools–all of which belong to the Success Academies chain.

Mr. de Blasio repeatedly criticized Ms. Moskowitz during his campaign for mayor last year, when charter schools and co-locations, where schools share space in the same building together, came under scrutiny.

Michael Mulgrew, the president of the United Federation of Teachers, praised the decision, which comes after the mayor vowed to install a moratorium on co-locations.

“I’m glad the DOE has taken an important first step in vetoing some particularly troublesome pending co-locations.,” he said. “But the solution to Bloomberg’s destructive policies – including his two-minutes to-midnight attempt to lock in new co-locations on the new administration – is to give local schools and communities a real say on how their buildings are used.”

But charter advocates were livid.

“Mayor de Blasio’s recommendation to halt three public charter school co-locations and reduce the enrollment of a fourth is a disappointment for the students and their parents who have been looking forward to attending the school of their choice this fall,” said James Merriman, who runs the New York City Charter School Center.

“I am also troubled by the lack of transparency in this process. It is hard to believe that an administration that constantly urges stakeholder engagement did not hold one meeting with affected families before making these recommendations,” he added. “I hope the Panel on Educational Policy insists on a more consistent approach and votes not to accept these recommendations.” 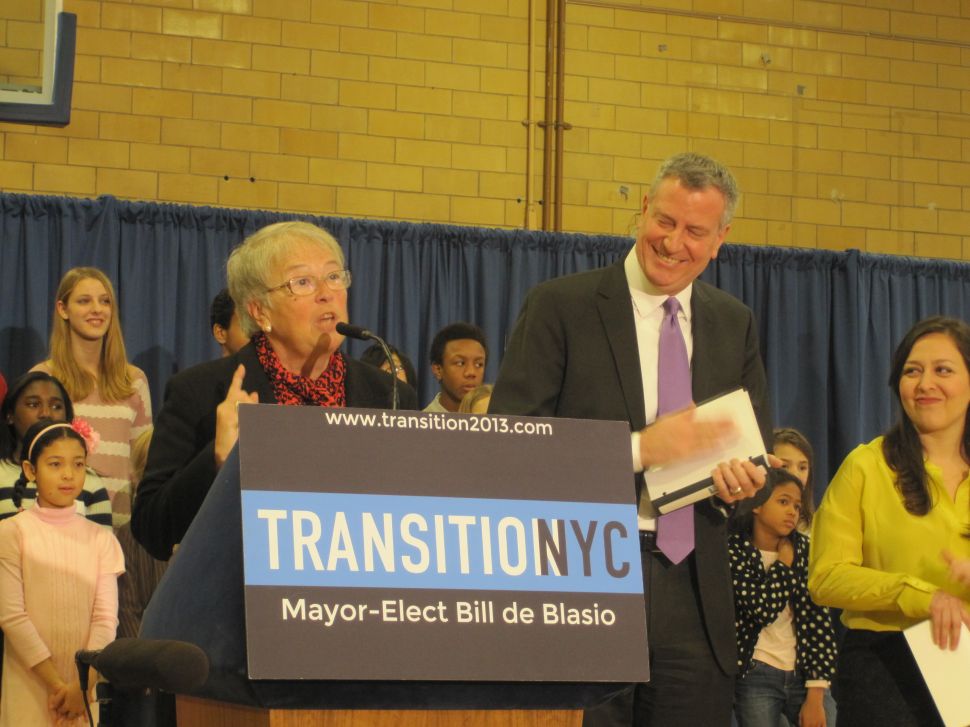