New Jersey Gov. Chris Christie’s “Bridgegate” scandal today followed him all the way across the George Washington Bridge and into New York City.

At a Times Square Super Bowl hand-off ceremony, where Mr. Christie was on hand to pass the figurative baton to Arizona’s governor, who will host the game next year, Mr. Christie was booed both when he was introduced and as he addressed the sports fans gathered.

“Boooooo!” someone else yelled. The scene from the middle of the crowd as Chris Christie speaks.

Several other journalists reported hearing boos as well. The negativity was far from unanimous, however, and many others in the audience cheered the embattled governor, whose administration is currently pushing back against new accusations that Mr. Christie knew about the now-infamous George Washington Bridge lane closures that forced massive traffic problems last September.

New York Mayor Bill de Blasio and Gov. Andrew Cuomo, as well as Arizona Gov. Jan Brewer, also spoke on stage next to Mr. Christie. None in the crowd appeared to boo the other pols.

Last Tuesday, Mr. Christie was heckled at a Super Bowl event in Jersey City too. 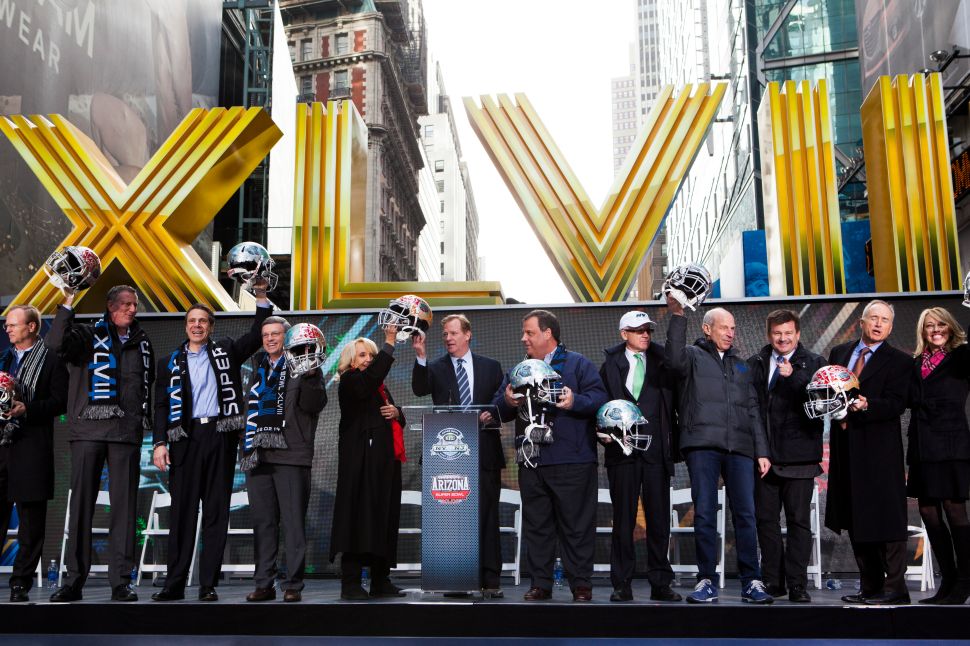