PORT MONMOUTH – Likening the federal government to a “greedy corporation,” Gov. Chris Christie went on the offensive Thursday when it came to discussing the Superstrom Sandy recovery during his first town hall since taking office for a second term.

The governor took aim at President Barack Obama, who he acknowledged he’s largely worked well with since Sandy landed on New Jersey’s coast, and blamed the administration for not participating in state mediation programs.

“The best that we can do is advocate for you, and we will,” responded Christie to a question from a Monmouth County resident regarding the Sandy recovery, while discussing FEMA’s National Flood Insurance Program and the agency’s refusal to participate in a mediation program.

“The fact is, though, that they don’t have, in my opinion, the first idea of what they’re doing,” Christie said. “We don’t regulate the federal government so we’re at a loss – we [just] yell and scream … to try to encourage these people to do more.”

The comments were made in front of a largely friendly audience of about 400 people inside a Port Monmouth VFW post.

“While I have certainly gotten along well with the Obama administration,” Christie said, “This is one of those areas where they should have stepped up.”

Christie’s town hall, the first since the so-called Bridgegate controversy engulfed the administration, came a day after a top Democratic lawmaker who’s thought to be scoping a path to the governor’s mansion sharply criticized the governor for his response to the storm.

The governor received some criticism from the town hall crowd when he was pressed by one resident about why the state hired an outside company to approve federal grants to homeowners.

“Answer the question,” someone from the crowd shouted when Christie was going through a brief back and forth with the man who posed the question.

“Someone has to administer these programs, sir,” Christie said. “The fact is that we do not have the number of employees, thankfully, … on staff in state government that can run an additional $15 billion to $20 billion state program.”

Christie was pressed to answer why a contract with a Louisiana-based contractor – Hammerman & Gainer Inc. – was recently terminated by the state, but Christie’s response didn’t include an answer to the inquiry. 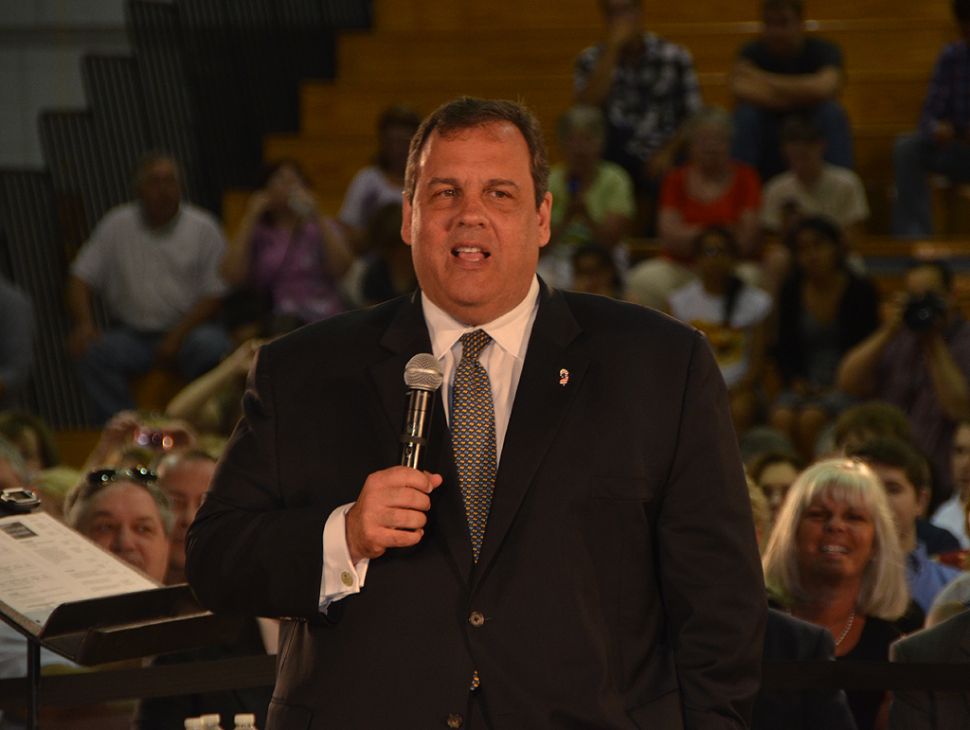