The governor, though scant on the details of a proposed plan, discussed the need during his Fiscal Year 2015 budget speech. He argued the state’s pension, health care and debt services must be addressed.

Christie highlighted the need for the Legislature and executive branch to take further action if the state’s economic future is going to improve.

“Though the historic 2011 reforms we enacted together immediately reduced New Jersey’s state and local unfunded pension liabilities by 32 percent, it just doesn’t go far enough,” Christie said in his speech.

“It is impossible for any economy to grow at the rate needed to cover our ever mounting pension, health, and debt service costs,” he said. “The reality is that the aggressive reforms we enacted together have only bought us time.”

“What we must do is what we were sent to do by the people, to lead and to act decisively once again,” he said.

Meanwhile, Democratic lawmakers indicated shortly after Christie’s speech that the governor is attempting to renegotiate the original terms of the pension reforms.

Members of the Democratic-controlled Legislature suggested a battle is looming if Christie intends to advance additional pension reforms. 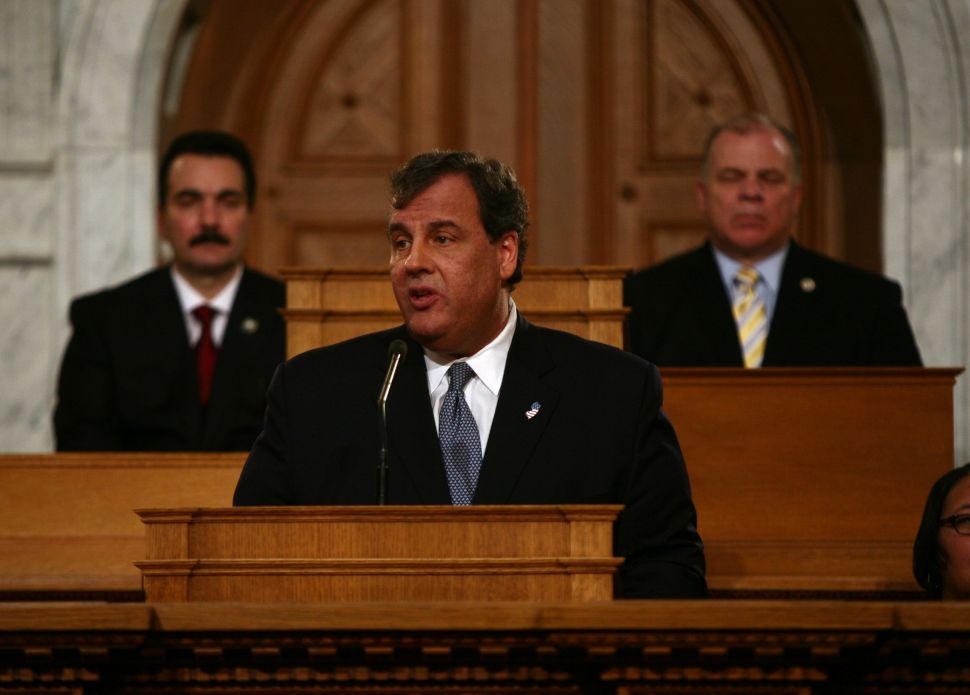