The City Council is set to vote on a resolution this week that calls on Gov. Andrew Cuomo to hold special elections for the many vacant seats in the state legislature.

Mr. Cuomo has so far been reluctant to call elections to fill the numerous openings in the State Assembly and Senate, which would empower local Democratic organizations. But some council members are trying to change his mind.

“Our communities are entitled to be at the table, to participate in the process of forming a budget, making allocations, funding groups and funding organizations that participate in delivering services,” Councilwoman Inez Barron, a sponsor of the resolution, told Politicker. “This country was founded on [opposing] taxation without representation and certainly that would be the case for an entire year.”

Special election advocates argue that allowing vacant seats in the state legislature will deprive communities of representation during the crucial budget season and especially impact minority areas. In total, there are 11 vacant districts with more than a million New Yorkers without representatives in one of the two legislative chambers statewide.

Mr. Cuomo, however, has balked at calling the elections both because of their cost and because they empower local party organizations at the expense of open, multi-candidate primaries. If a special election is called, there are no primary contests. Instead, party insiders decide their nominees. In places like New York City, where one party dominates, being nominated in a special election is often tantamount to winning a race. Good government groups have long argued the backroom special election process is less democratic.

Ms. Barron, a former assemblywoman, vacated her seat to run for the council last year. Her husband, former Councilman Charles Barron, is now running for that open seat and has also called for a special election, which insiders say would give him the inside track for the Democratic nomination.

But Ms. Barron, who said she will be holding a press conference at City Hall this week to promote the resolution, doesn’t think there’s any conflict-of-interest on the matter. “Over New York State,  a million people are impacted. It’s far beyond what people are doing in any one district,” she argued. “Many people across the state are being disenfranchised.”

In addition to Ms. Barron, there are five other open seats in the city following the election of ex-Senator Eric Adams to Brooklyn borough president, the expulsion of ex-Assemblyman Eric Stevenson after a corruption conviction and the successful campaigns of three Assembly lawmakers–Vanessa Gibson, Alan Maisel and Rafael Espinal–for the City Council.

Last year, Mr. Cuomo declined to call special elections to fill two vacancies in Brooklyn and the Bronx, allowing an off-year primary to take place instead. His office did not return a request for comment on Ms. Barron’s resolution. 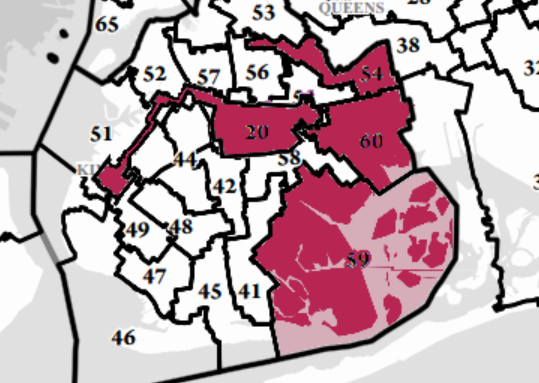