A new piece of wearable technology streams high-quality video directly into your eyes, and doesn’t make you look quite as much like a wiener as you do with Google Glass.

Avegant’s new product Glyph looks like a pair of ordinary noise-canceling headphones, except the band connecting the two ear pieces stretches across your eyes, instead of over the top of your head, making you look like some kind of creature from Star Wars. Using a technology called virtual retinal display (basically, a display with no screen), Glyph—which has raised a ton of funding through a highly successful Kickstarter campaign—projects video into your eyes that looks totally un-pixellated and freakishly real.

“We use a series of micro-mirrors and patented optics to try to create this really vivid, natural, comfortable light, so that when you see images inside the Glyph, it seems so much more realistic and sharp and brilliant, unlike any image you’ve seen before,” Avegant CEO Ed Tang said in Glyph’s Kickstarter video.

Glyph’s also cool because it doesn’t require you to download a bunch of dumb apps to use it. It simply hooks up to anything with a screen, letting you instantly project wet cat videos directly into your eyeballs, instead of just watching them on your iPhone’s tiny screen.

“Whether you’re sitting on an airplane, waiting for a bus or just simply hanging out at home, all you need to do is flip down the visor, and suddenly you’re immersed in this whole new world,” Mr. Tang said.

The obvious downside here is that it’s not really possible to walk around with Glyph on your face, unless you’re interested in walking unexpectedly into a series of telephone poles. Because Glyph completely immerses you in its video display, it’s really only suitable for focused, stationary viewing. (On the bright side, you won’t become the target of judgey stares on the subway, like Glassholes are.) And If you can’t bear leaving home without Glyph, but don’t want to be blinded from the outside world, they do apparently function as regular noise-canceling headphones, too.

CNN notes that Glyph got really positive reviews at CES, where it was featured as one of 40 Editor’s Choice Award products.

Glyph will be disseminating its Glyph Beta product later this year. We can only imagine how much more vivid and intense the Real Housewives reunion shows are going to be. 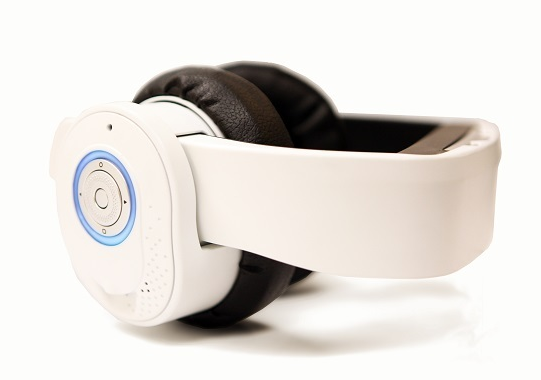