The January assailant leaves the scene after cutting a line and a face. (NYPD)

For a good sandwich, some people will cut you–literally.

Police say that a very hungry customer at a Staten Island deli went a bit too far in his efforts to cure his hunger pangs. Last month, the as-yet unidentified man entered the Diamond Deli in Stapleton just after 4 a.m. Rather than wait behind a customer, he rushed ahead to the counter and demanded to be served. The man who was waiting, in a vain attempt to secure cold cut justice, began to protest.

That’s when things got really ugly. An image of an earlier assailant at the same Diamond Deli. (NYPD)

The cutter, at this point only figuratively, turned around and slashed the complaining man in the face with an unidentified object. The sandwich slasher immediately left the scene in a white car.

Lest you think this was a freak occurrence and your face is safe from hungry, angry men, the Diamond Deli is actually a hotspot for cutting flesh, animal or otherwise; this is the second time in a year a slashing has happened there.

Both victims were treated at Richmond University Medical Center and released, but these roving Sweeney Todds of salami are still on the loose, their mouths watering and their sharp objects ready.

If you don’t want your face to receive the same treatment as the pork behind the counter, you should probably go to a deli with a shorter line. 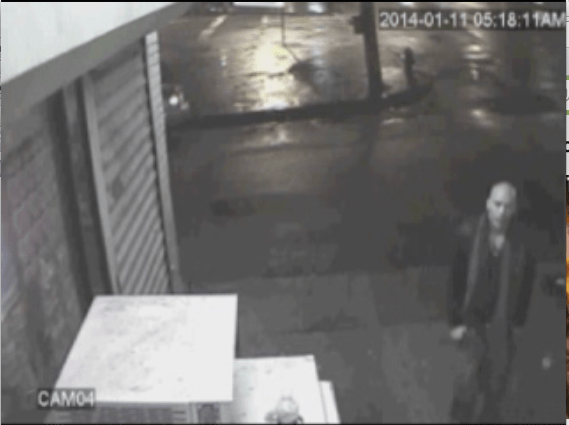