Do you love the blended aspect of the famous Cronut but don’t enjoy the sinking feeling of looking yourself in the mirror after eating a half donut half croissant? Yeah, neither do we.

Enter the Green Radish, a vegan food cart owned and operated by James Rafferty. This modern day confectionery Frankenstein has melded together the doughnut and a tart to create the Cronut’s slimmer relative, the Donart.

“We were trying to come up with some delectable deserts that were still somewhat healthy,” Mr. Rafferty told the Observer. “How can we do something elegant and delectable? It morphed into this baked, not fried, organic vegan desert.”

The Green Radish is currently waiting out the winter weather until March 11, so those already foaming at the mouth over the thought of a donart are going to have to wait.

To tide you over, Mr. Rafferty revealed the three flavors customers can look forward to — Old School Cinnamon Sugar Donart with Chocolate Glaze and Vanilla Swirl, the Glazed Double Dark Chocolate Donart and the Vanilla-Almond Donart with Raspberry Glaze and Mango Dots.

Here is to Mr. Rafferty, who is putting the art in Donart. And to us, who are putting like ten of these in our faces come March. 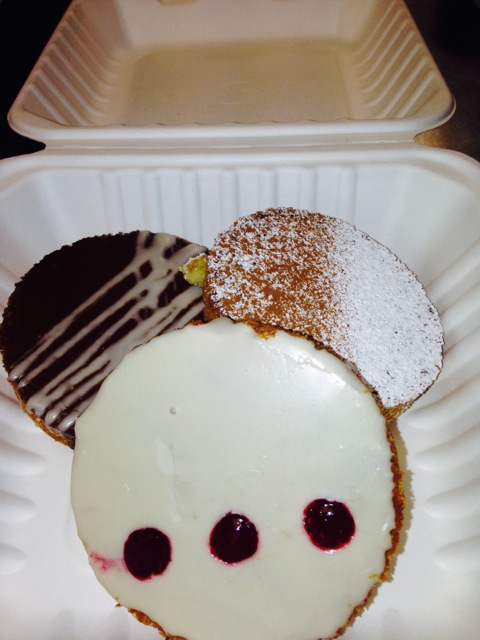