The message behind David Broza‘s ecumenical new album, which was recorded in an East Jerusalem studio with Israelis and Palestinians, is not all that subtle. Mr. Broza, the Israeli singer-songwriter, wants to show that cross-cultural collaboration is possible in a highly volatile environment, and his record, titled East Jerusalem/West Jerusalem, is an embodiment of that idea.

“I’m hoping that this will bring out some kind of a discourse and a conversation,” Mr. Broza, 58, said in a recent interview, “that will really encourage teachers to guide their students to go out and do mutual meetings and gatherings.”

It remains to be seen, of course, if that will happen. But with or without the political message, the album stands alone as a fine assemblage of songs, which is how Mr. Broza also wants his album to be regarded, as any artist would.

It features a lovely rendition of Nick Lowe‘s “(What’s So Funny ‘Bout) Peace, Love and Understanding” (above), a cover of “Jerusalem,” by the folk artist Steve Earle, who produced the record, and Mr. Broza’s own compositions. Guests include Wyclef Jean, Israeli musicians Gadi Seri and Yosi Sassi, and Muhammad Mughrabi, of the Palestinian hip-hop band G-Town.

Mr. Broza splits his time between New York, where his wife is based as a fashion designer, and Tel Aviv. He said he didn’t know until the day of the recording whether any musicians would show up.

“The reason I did it in East Jerusalem is because the location made it possible for them to feel comfortable and come and be there,” Mr. Broza said, referring to musicians like Mr. Mughrabi, who, he added, “lives in a refugee camp and is totally, one hundred percent living in his own Palestinian environment.”

“And it became one of those points of encountering, which is important if you want to get started on something,” Mr. Broza said. “I want other people to see it’s possible, that the hostilities and the politics have not killed every good thing about humanity.”

The album was recorded over the course of a little more than a week, and Mr. Broza said he couldn’t be happier with the result. A documentary of the recording process will be released in the spring.

“After eight days and eight nights there was a real elevated spiritual feeling of accomplishment, happiness and incredible relief,” Mr. Broza said. “Like, ‘Wow, we did it.’”

As usually happens with these kinds of works, some have read political messages into the album that Mr. Broza hadn’t intended. He chose to cover, for instance, a song each by Elvis Costello and Roger Waters, staunch critics of Israel. Was it meant to be some kind of subversive reappropriation of their work? Mr. Broza says no.

“When we play a Roger Waters or an Elvis Costello song,” he said, “we’re not talking politics anymore, we’re playing music.” 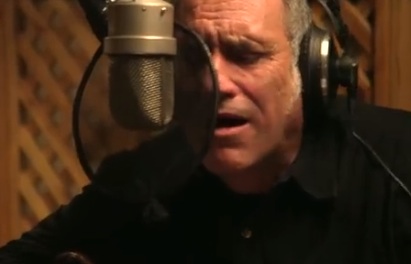